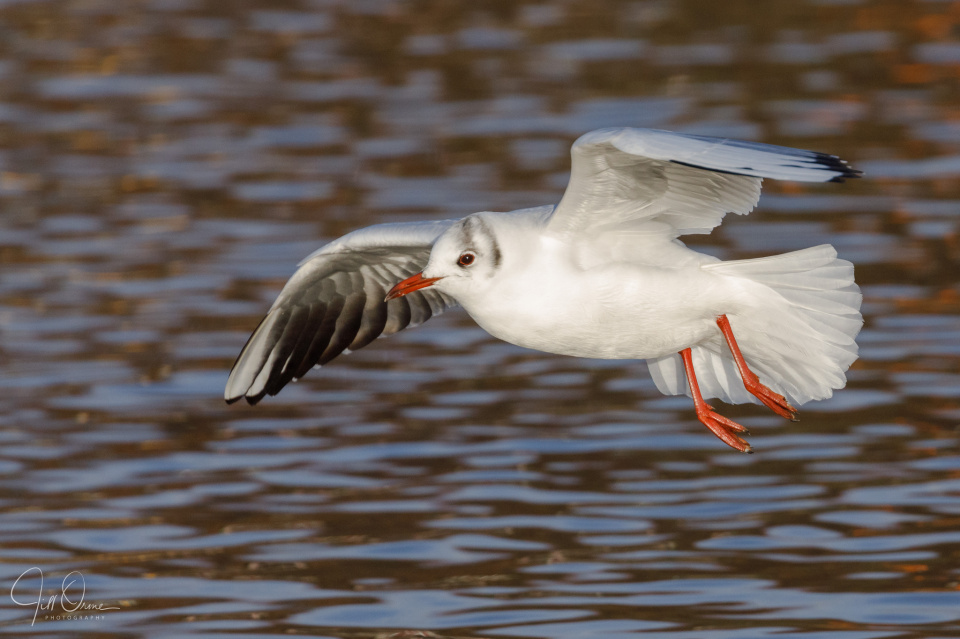 I went to Stratford this afternoon to get a couple of competition images printed, only to discover that Photo Zone’s big printer is broken. It could have been worse – I might have been the person driving to Cornwall to get a part to fix it – but it was pretty annoying nonetheless. I’ve never wanted to own a photo printer, largely because of the amount of time people I know who have them spend moaning about how unreliable they are, and how expensive to run; but I am now starting to wonder whether owning my own printer might be a less irritating option in the long run than carrying on getting work printed commercially.

Anyway, as I was in town, and the weather was dramatically better than yesterday’s, I went down to the river in search of photos. The light was quite nice on the Avon, and the water was high, which brought the waterfowl up to a good angle for photography, but there was a chap down at the quay who I think might have lunched not wisely but too well, and who was having a loud and rather abusive conversation with the birds, while trying to befriend any humans who caught his eye…. so I didn’t stay long.

Luckily the light was also good on the canal basin, and the gulls were performing quite nicely: some of them just floating about and breaking up the reflections, and others busily taking off and landing. I spent a few minutes practising flight shots, which is harder with a black headed gull than I’d like it to be – partly because they’re really quite small, but also because they have very good acceleration, and don’t follow predictable flight paths – but in the end I wasn’t completely unhappy with my efforts. I’m always amused by the way these gulls land on water, as though it’s a skill they just can’t quite master; whereas ducks and geese come in quite neatly, thrusting their feet out in front of them before they touch the surface, and then skiing to a halt and sitting down, black-headed gulls seem to fly more and more slowly until they reach stalling speed and then just fall into the water – quite often landing on their faces. This kind of landing is harder to photograph than flight, because if you’re panning the change from moving to crashed is so abrupt that it’s easy to lose focus, but in the end I did manage to capture a juvenile coming in towards me, and I’ve put three shots on Facebook, if you’re interested.

This adult was fairly easy to photograph because it was slowing towards its eventual stall (which I missed), but having exposed for the white feathers I thought it stood out rather well against the dark background, and made quite a dramatic image. Today’s Bancroft Basin reflections are brought to you by unusually heavy ripples, a blue sky, and a couple of barges on the far side of the pool painted in strong, dark colours.