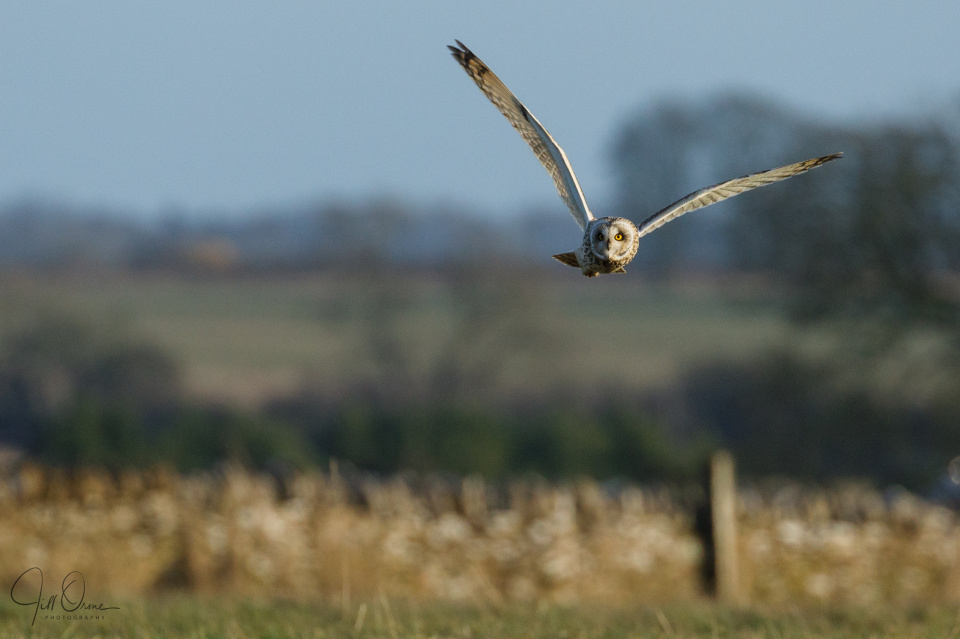 After lunch in Stratford with R, and managing finally to get my competition entries printed, I zoomed up into the Cotswolds, where I was certain it was going to be a perfect owling afternoon. And it probably was, though not for those of us on the north side of the field, who had very few close fly-pasts – it looked as though most of the activity was happening along the eastern wall, and probably down along the crowded southern lane as well. But you can’t always be the one who gets the award-winning shots, can you? It just wouldn’t be fair on everyone else.

Hampered by a dearth of owls, I was also held back somewhat by incompetence this afternoon, and definitely didn’t have my best ever photo shoot. But I do like this image (which looks better full-screen, if you have the time), in which the owl – who I think is Fat Fluffy, though I don’t have a shot of the upper wing surface to prove it – seems to be looking at me as if to say “You again?” And at least I haven’t had to use my emergency phone photo of the sunset – so even if it wasn’t my best ever work, it wasn’t my worst either. And… there’s always tomorrow.