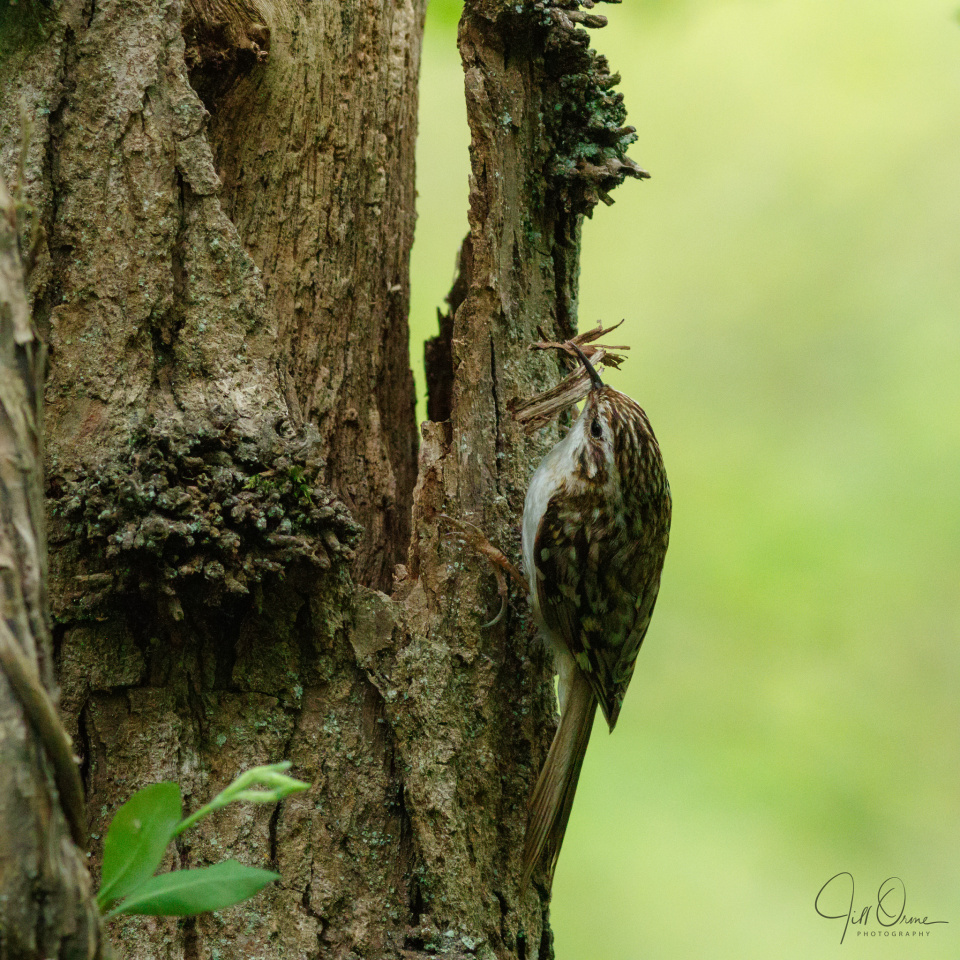 It was a privilege today to spend half an hour watching this treecreeper preparing to build a nest, just a few metres away from a public footpath. She didn’t seem concerned about being watched by anyone who stayed quiet, but when people came past who were chatting loudly she would scuttle round to the far side of the tree and wait for them to leave, before reappearing and continuing with her work.

The division of labour between paired treecreepers when it comes to nesting is that the male chooses the site, and then the female does all the actual work. The nest will be sited in a cavity in a tree trunk, or behind loose bark, or sometimes in some other hole such as the space between a wall and the ivy growing on it. The female begins by part-filling the cavity with twigs, bark chippings or pine needles, and then creates a cup-shaped nest of soft material such as moss, feathers, and spider web. She then lays and incubates a clutch of about half a dozen eggs for around a fortnight. Once the young hatch they’re fed by both parents, for two weeks in the nest, and then for a further week after they fledge.

Treecreepers are resident in the UK, and relatively sedentary in that they rarely stray far from their breeding territories. Pairs sometimes stay together through the winter, but more often they’re solitary outside the breeding season, though they sometimes flock and roost with other small birds. They’re equally at home in deciduous and coniferous woodland, and their numbers have been boosted over the past few decades by the establishment of new commercial forests.