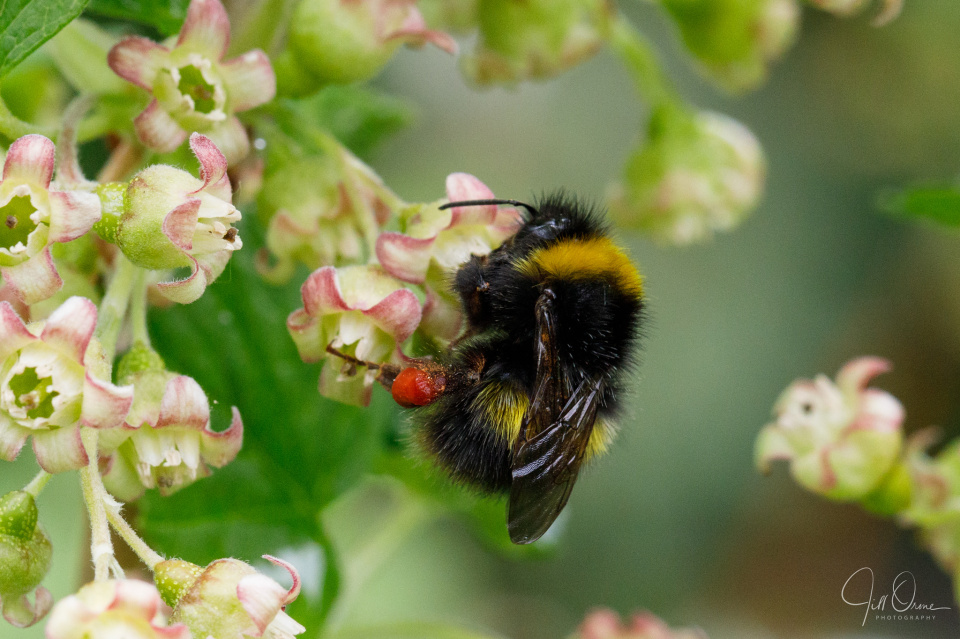 It was dark and rainy during the early part of the day, so I used the opportunity to get some boring but useful things done, and happily I was free and able to rush outside with the camera as soon as the rain cleared and the sun began to shine. Some bumblebees appeared and began working almost immediately, but it was a while before the mining bees showed themselves, which caused me to think about what the difference might be between their instinctive drivers. I’m merely speculating, you understand, but as part of a colony, each worker bumblebee is disposable – it doesn’t matter to the nest if one one of them gets too wet to fly and doesn’t return with food, provided all the others manage it – whereas a female solitary bee is entirely responsible for creating a nest and provisioning each cell, to give her offspring the best chance of survival and thus ensure that her DNA passes on to the next generation, so I wonder if this would make the mining be more cautious than the bumble about venturing out in uncertain weather. Or perhaps it’s simpler than that: the bumblebee is heavier and better insulated with hairy pile than the miner, which gives her extra protection from cold and rain.

Whatever her feelings about the natural elements, this early bumblebee (Bombus pratorum) wasn’t about to take any risks with me and my camera, and I had to stalk her around the fruit bushes quite carefully for several minutes before I finally caught her feeding from a blackcurrant flower. I was intrigued by the red pollen ball on her hind leg, because I don’t remember ever seeing one before. The plants the earlies seem to favour are currant, tayberry, ceanothus, green alkanet, and lamium, which all produce yellow pollen, but a quick web search has suggested that this little bee might also have been collecting from our red horse chestnut tree (Aesculus x carnea), which produces red pollen and is just coming into flower.