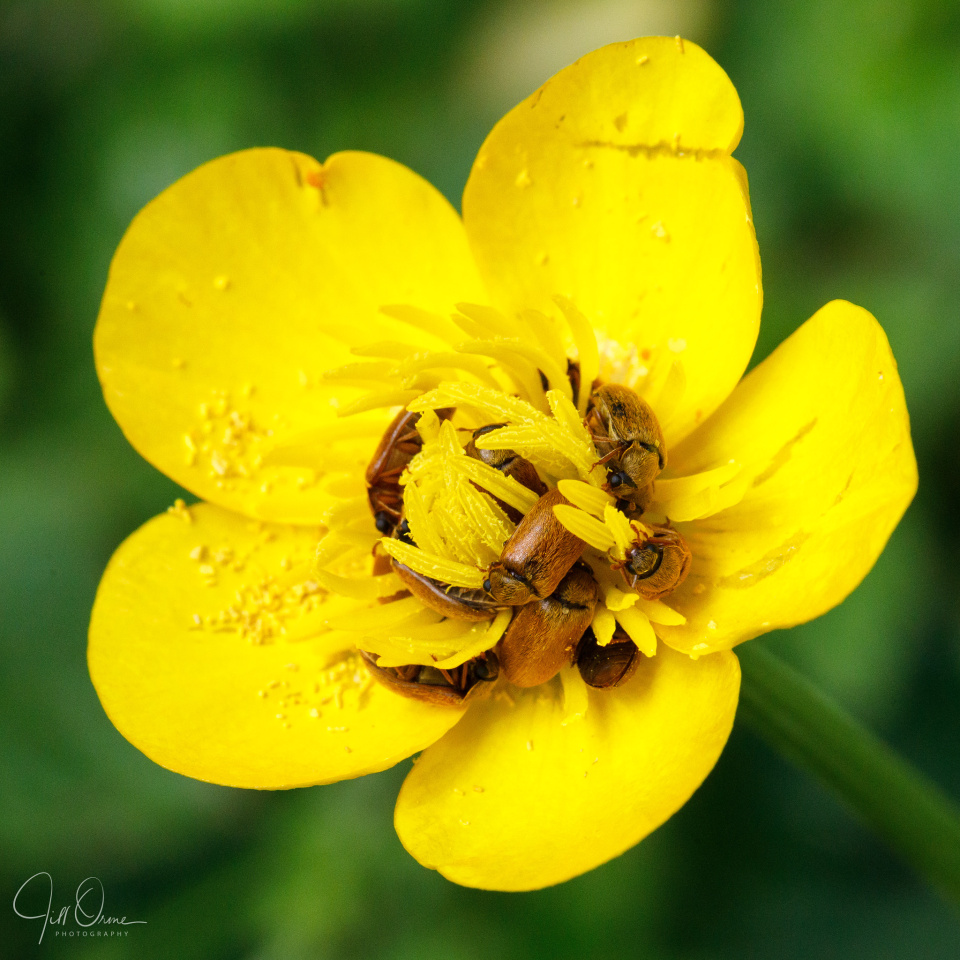 I did quite a lot of gardening this afternoon, which seemed like a good idea at the time, though my back is now telling me that I’ll be sorry later. But at least it got me away from my desk for a few hours, and out to where the invert action was going on, and – of course – I kept a camera or two handy, so that I could record anything of interest I happened to see.

Over the afternoon I spotted a few shieldbugs, a plume moth, and some quite interesting flies, including a bizarre dagger fly that could easily have made it into tonight’s post. But my photo of the day has turned out to be this shot of some very common fruitworm beetles on a rather battered buttercup – I’m not entirely sure why, but there’s just something about the image that pleases me.

There are two very similar UK species within the genus Byturus, and it’s taken me a while this evening to decide that I’m fairly confident – based on the shape of the pronotum and the size of the eyes relative to the rest of the face – that these are Byturus ochraceus. Which is good, because the other species, Byturus tomentosus, is a serious larval pest of cane fruits, and if I thought the garden was infested with those I’d be mentally saying farewell to this year’s tayberry crop.

B. ochraceus can be found from April to June on a wide range of flowers including fruit blossom, but has a particular liking for plants in the buttercup and dandelion families, as well as red campion, herb-Robert, cow parsley, and wood avens. According to British beetles wood avens is especially favoured, which is good news for R and me because this is a plant that’s constantly plotting to overrun our entire garden, and anything that helps us keep it in check is more than welcome to take up residence.