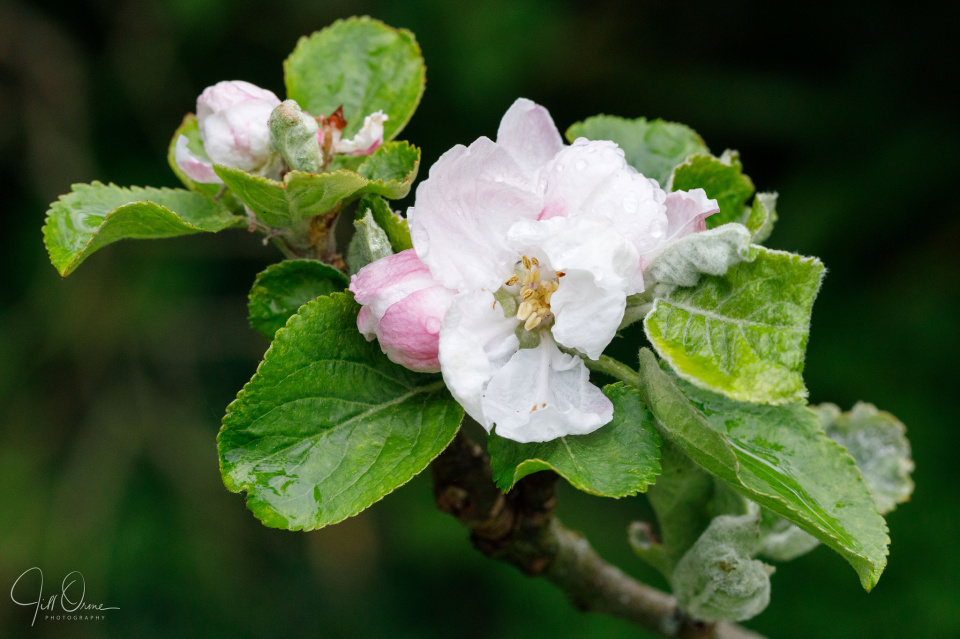 I forgot – for the 64th year running – to go out into the garden at dawn and bathe my face in dew, so it’s lucky I’m already so gorgeous, and don’t really need the help. On the other hand if May Day rain counts, I did get severely dripped on when I went out at lunch time to photograph the apple blossom, so it’s possible I’ll be too beautiful by tomorrow for people to be able to bear looking at me. And if not, at least I’m unlikely to have deteriorated: after ten minutes in the garden I was so cold I could barely feel my extremities.

(This has suddenly reminded me of a time when my car was in for service, and the garage called on my mobile while I was out shopping with R to try to sell me an expensive overhaul of the aircon system, which they told me sadly was only reducing the temperature to 8°, rather than the 5° they recommended. I relayed this to R and asked what he thought about it, and his reply was, “Tell them it’s probably a bit late to be trying to extend your use-by date.” Which – very amused – I did, to the audible discomfort of the young man on the other end of the phone.)

Because it was a pretty horrible day and there was no chance of the recent bugfest continuing, I spent most of the day at my desk, processing images and updating my invertebrate records. Both my bee and hoverfly lists are already pushing towards thirty species, which is about where I’ve been with bees at this stage in both the last two years, but is a much higher hoverfly figure than I’ve ever previously recorded by the beginning of May. It looks likely to be another very good invert year, if the weather will just get back on track.

This evening R and I watched a couple of episodes of The Unlikely Murderer, which I recommend if you have Netflix.