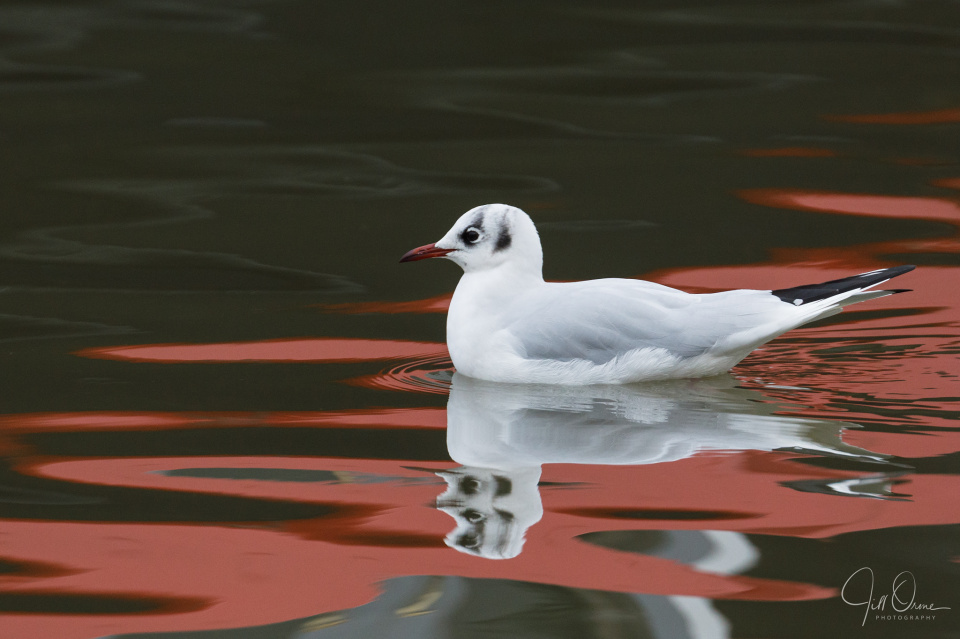 I’m not entirely wedded to either of tonight’s photos, but I’ve chosen this one because I like its graphic quality. It makes me think of a book cover, representing the hero having nightmares in which he’s accidentally killed another black-headed gull and is terrified that the crime will be discovered. Or are they nightmares…? Perhaps he actually did kill someone…? Wait! What’s that mark on the kitchen floor? Could it be…. blood????

Ahem. I’ve think I’ve possibly had too much Lemsip Max. Or maybe watched too many back-to-back episodes of The Break. Sorry about that.

You’ll perhaps be relieved to hear that I think I’m on the mend now – I’m still snuffling and sneezing, but yesterday’s crippling headache and vile throat have both improved dramatically, so I think it probably is just a cold, and is working through my system quite fast. I was careful to stay masked today though, even when chatting at a decent distance with a former neighbour, because you can never be too careful with other people’s health. But I did go into Stratford with R, where we finished (I hope and believe) the Christmas shopping, and enjoyed an outdoor coffee and cake, and a walk along the river.

The light on the Bancroft Basin was so flat that I didn’t think I’d be able to get any even vaguely interesting shots, until I saw the reflections of a red barge, with a nearby gull heading in their direction. At which point I got so excited that I forgot to put down the bag of presents I was carrying before lifting the camera; the extra weight swinging from my left hand definitely did not improve my focusing, but I think this is, as we say in this house, close enough for jazz. Probably. 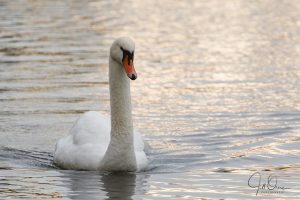 As R and I walked down the river bank towards Old Town, the sinking sun dropped below the edge of the cloud bank and bounced off the water, providing the only nice light of the day. A tufted duck would have been a great subject at this juncture, but sadly the tufties left two or three weeks ago, and the only bird that swam into the spotlight was this second winter swan. I have to say though that it’s something of a relief to have some swans to photograph: it’s estimated that more than half the Stratford population has now died of avian ‘flu, with only around forty birds remaining. The death rate has now dropped steeply, which may indicate that all the most vulnerable birds have died and those that remain are robust enough to stand a good chance against the virus, but the swan warden says that it’s still too early to assume that the outbreak is over.