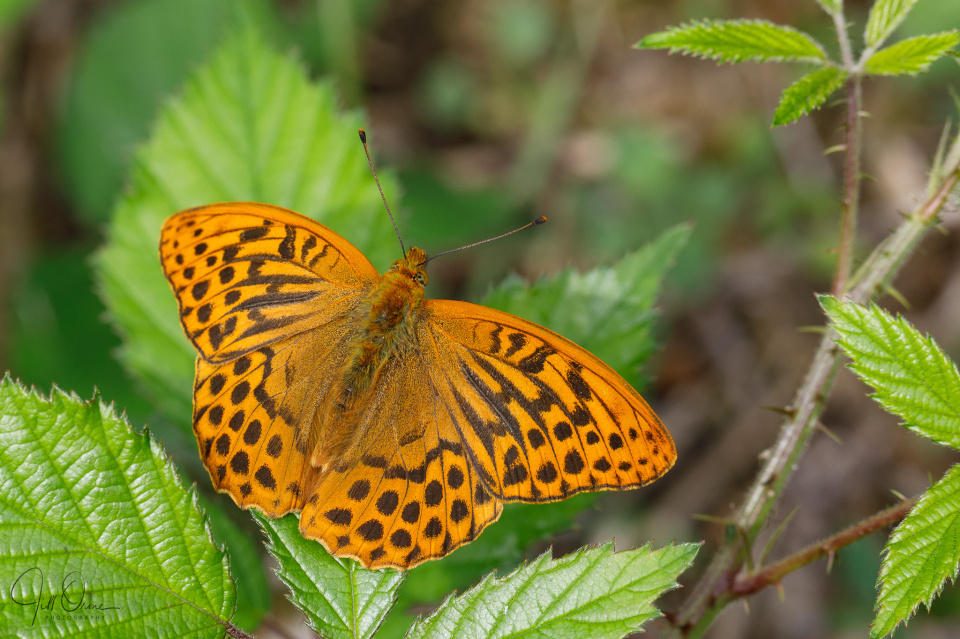 I went off to Trench Wood this afternoon in search of Emerald Damselflies and Common Darters, neither of which I found, but luckily there were plenty of other things out and about to keep me interested. The most spectacular was this male Silver-washed Fritillary, which treated me with such lofty disdain that I was able to get in close with the macro to capture his portrait. I also saw my first White Admiral of the year, swooping around like a demented bat (as they do), but it didn’t stop to let me take its picture so I’ll have to go back and try again another day.

On the same corner as the White Admiral I was treated to a display of free-style figure hunting by a young female Southern Hawker, which delighted me so much that I just stood and watched, and didn’t even try for a photo. And I was able to increase the year’s hoverfly count by three species, including one – Epistrophe grossulariae – that I’ve never recorded before.

Despite the dearth of my two Odonata target species it was a successful trip, and it was made more enjoyable by the fact that I was travelling light. Usually I lug both cameras, with the long lens on one and the macro on the other, to try to make sure that even distant subjects can’t evade me, but today I already knew before I set off that I had a postable image, so I felt able to set myself the small personal challenge of “doing” Trench with just the 5DIV and macro. This allowed me to zigzag all over the wood, covering all the main paths and quartering other areas such as the meadow and the scrub behind the pond, without getting hot and tired and wishing I was somewhere else. 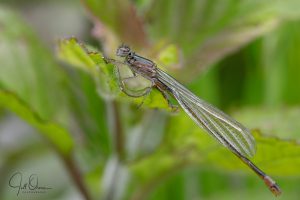 Above is the image I already had in the bag before going to Trench Wood, and although it’s a lot less dramatic than the Fritillary, it also represents a Wow! moment: R and I were checking the patio pond for new emergers this morning, when I suddenly realised that one of the tenerals was a Blue-tailed Damselfly. This is the first Blue-tail we’ve had out of either pond, and indeed, the first evidence we’ve seen of this species breeding in our garden. Although Blue-tailed Damselflies aren’t even slightly rare, we don’t see many in the village, and though I did spot a lone male in the wild garden a couple of times last summer, I never saw a female at all. The patio pond has turned into the gift that keeps on giving!