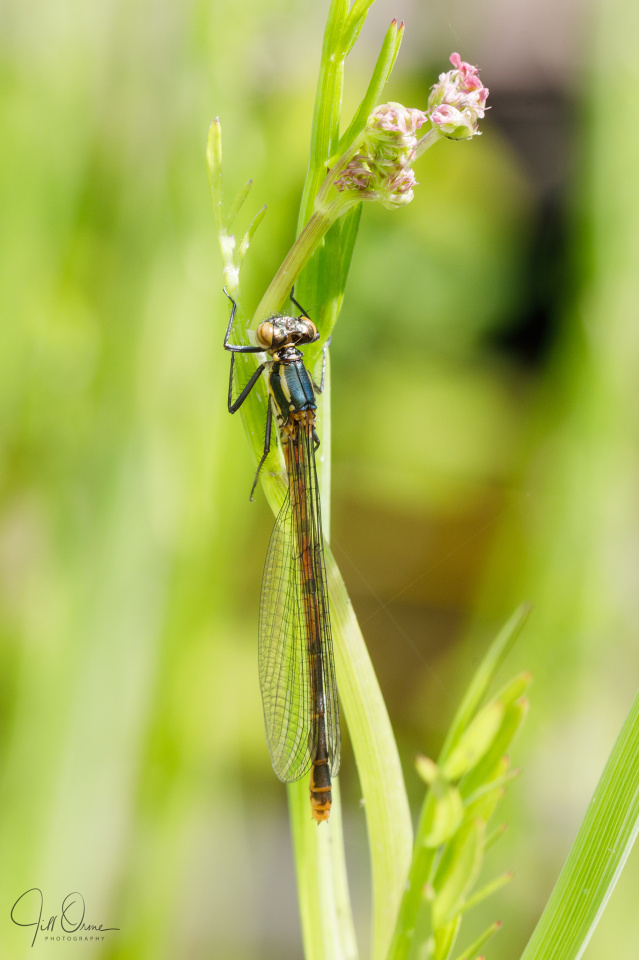 I had to go to Stratford this morning to have blood tests done and collect a prescription, and afterwards I parked the car in Old Town and walked down to the river to see what was going on, Odonata-wise. The answer was, not much that was immediately obvious, and the appalling noise coming from the construction site of the Shakespeare Marina rapidly convinced me that I didn’t care enough about photographing dragonflies to persist in looking for them, so I left again.

Back at home I rattled through a few chores, intending to head back out to a nature reserve, but I then got very involved in watching a couple of damselfly eclosures at the patio pond: a Large Red and a Blue-tailed were emerging on separate perches almost synchronously, and I found it impossible to tear myself away from these tiny miracles. By the time both damsels were safely out and drying the afternoon was wearing on, the temperature and humidity were rocketing, and my motivation to go out and about had fizzled away to nothing, so I stayed home and did a few more useful things instead.

This is a very fresh Large Red Damselfly, but not the one I watched eclosing – there were at least eight emergences at the patio pond today (as well as two at the wildlife pond), and this female was already out and hardening off by the time I arrived home from Stratford. But of all today’s photos this one is my favourite, because the light and colour and the mushy bokeh speak to me of a hot, steamy summer afternoon.