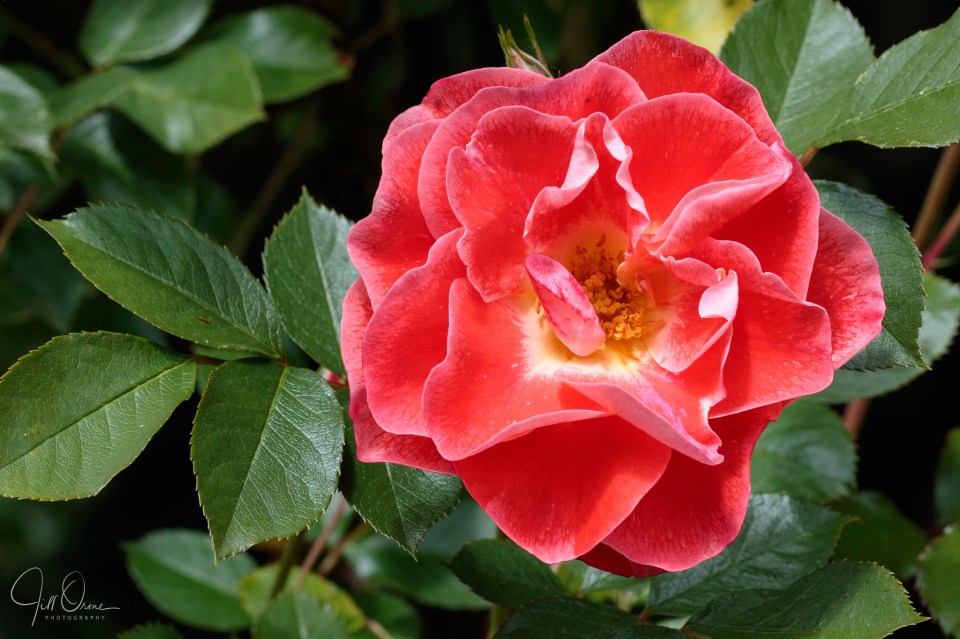 I post a photo of this rose at least once a year. It’s one of my favourites in the garden, and remains a mystery: I didn’t plant it, and none of my researches over the years has come up with a name for the variety. I’ve seen photos of quite similar blooms from the other side of the world though, and I have a vague theory that some previous owner of the house may have brought it back from their Antipodean travels, back in the days when that kind of thing wasn’t discouraged.

The extra today is a large Nomad bee – though that’s a relative term with these cuckoo bees: this female was probably about 1cm in length. The problem with tri-coloured Nomada is that they’re difficult to distinguish via photos, but on the grounds that common things are commonest, I’m reasonably happy that it’s Nomada flava (though that won’t get me an official record, of course). N. flava is a cleptoparasite of several mining bee species, including Andrena scotica and Andrena nigroaenea, both of which nest here. 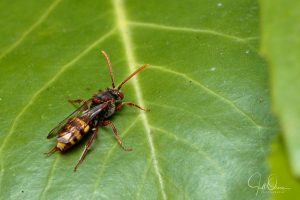 Sadness of the day: while photographing the bee in the secret garden, I nearly stood on a dead hedgehog. R came to move the remains for me, and found that it had been substantially eaten, apart from the prickly skin. I can tell myself all the sensible things about circles of life, and believe them intellectually, but I can’t not respond emotionally to what feels like a small household tragedy.