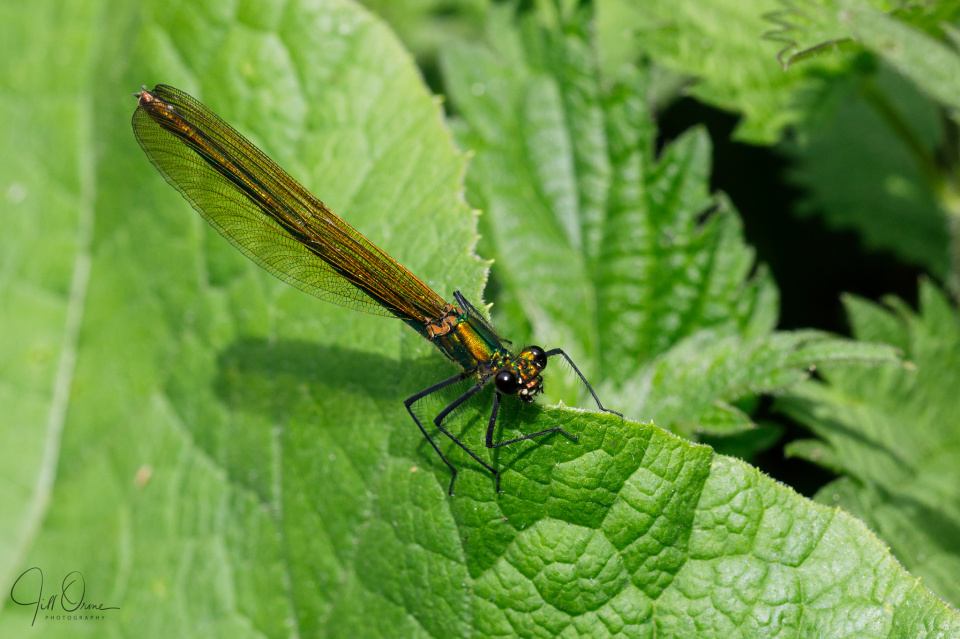 “It’s too early,” I always say to R when I go off after Odonata in late April and early May. “On the other hand, someone has to be first out of the water.”

First out of the water at Lucy’s Mill in Stratford today was this beautiful female Banded Demoiselle – the only representative of her species that I saw, in what was admittedly a fairly cursory search because R and I were almost out of parking time. She was very fresh and a little skittish, but once I had my photos I thanked her politely and left her in peace, and hopefully by the next time we meet she’ll be one of many and she’ll feel safer.

While I was stalking the Demoiselle a nice young couple stopped to ask what I was photographing, and seemed genuinely interested in the answer, so we had a bit of a chat, and they pointed out a few other insects to me on the bank-side vegetation. It was while we were all looking at those that we suddenly noticed my second first of the day, which was the male Blue-tailed Damselfly below. May 6th is early for me to be logging either of these species in my records, and I hope that this augurs well for a bumper Odonata year. 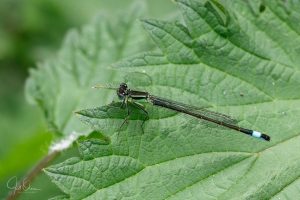