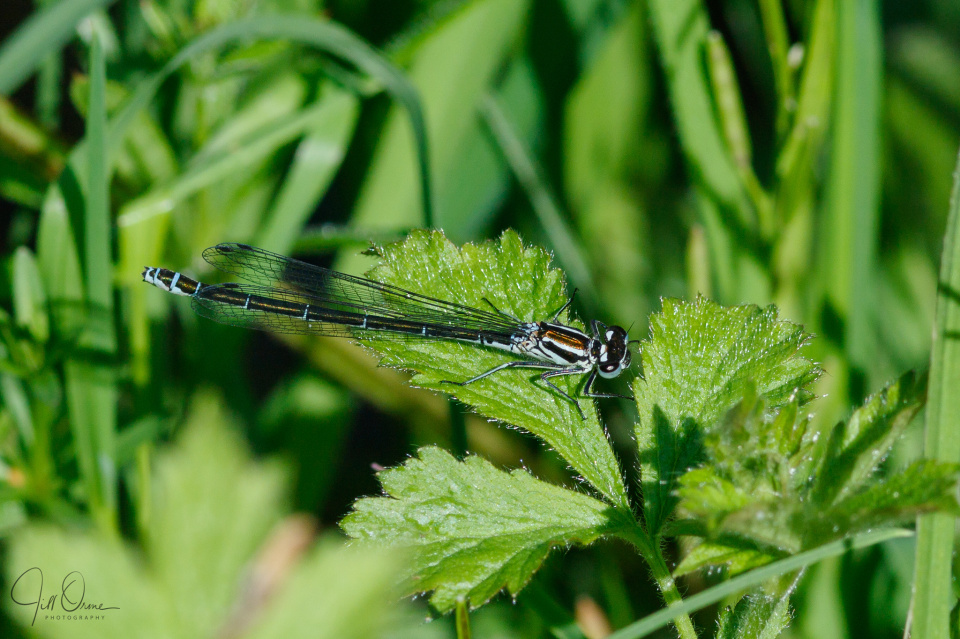 R and I took a walk around Croome, where it was a sparkling and slightly steamy morning. Neither of us managed to find any dragons, but there were quite a few damsels about. I saw several fully mature Large Reds, including one ovipositing pair, and a number of blues, many of these so fresh and teneral that it was hard to identify them, unless they paused and allowed me to take their photos for closer examination. They mainly weren’t in the business of allowing a potential predator to approach, but of the ones I did manage to get a lens on, the majority were Azures, and a smaller number were Blue-tails. I didn’t spot any Common Blues today.

This is a female Azure Damselfly, mature enough for her wings to be strong and her colours well developed, although I think that over time her blue markings will turn green. There is a rarer form of the female Azure that stays blue, but it has more extensive coloured markings than this. The fact that she was moving around the vegetation on the bank of the lake, and wasn’t deterred from perching low down by my attentions, tends to confirm my feeling that she’s mature enough to be looking for a mate: all of the immature specimens I saw had a strong tendency to make for the trees when they saw me, which is where they prefer to spend their maturation period.

Back at home I haunted both our ponds for a couple of hours in the hope of a emergence, but sadly none of our damselfly nymphs decided that this was the day for changing elements and taking to the air.