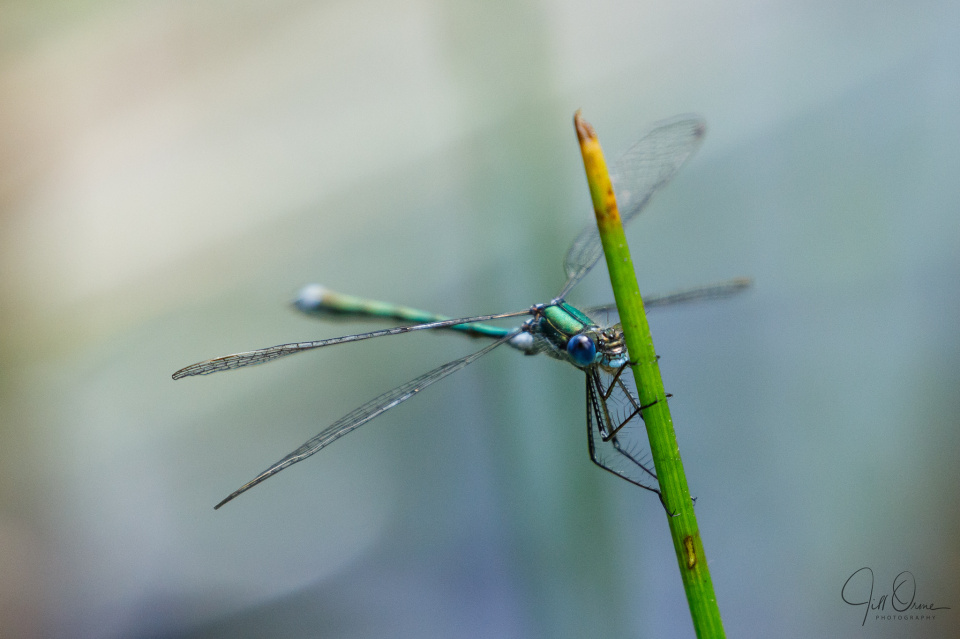 One of the principal nature reserves in the Shire is Monkwood, near Worcester. Despite having lived in the county for nearly thirty years, and having been a member of Worcestershire Wildlife Trust for nearly as long, I’d never been there – largely because it’s nearly an hour’s drive from home, and I’d never been confident that it was likely to be worth the time and trouble. But it’s supposed to be a very good Odonata site, so today I drove over to take a look. Sad to say, I found it quite disappointing, especially in the pond department, but it did provide me with a few Emerald Damselflies – my twenty third Odonata species of the season.

Emerald Damselflies can tolerate brackish water, and don’t seem fussy about pH, but they seem to prefer small pools with a lot of emergent vegetation. They have a one year life cycle, with what’s called an obligate diapause at the egg stage: this means that all the eggs laid this summer will overwinter in that state, hatching next April, and the larvae will then develop very rapidly and emerge synchronously in late June or early July. Eggs are laid into emergent vegetation, and a population can be damaged at the local level by over-enthusiastic clearing of a pond or pool, but nationally numbers are thought to be fairly stable. The maturation period for newly-emerged Emeralds is around two weeks, and adults can remain on the wing for several weeks thereafter, with the species’ flight period usually stretching into September.

Having broken my Emerald duck at Monkwood, I stopped in at Trench Wood on my way home, convinced that I would find some there too, but I searched all around the pond without success. Trench Wood has been a good site for this species over the past few years – four of my five previous Emerald blips have been taken there – but I’m starting to fear that this season may be a poor one.