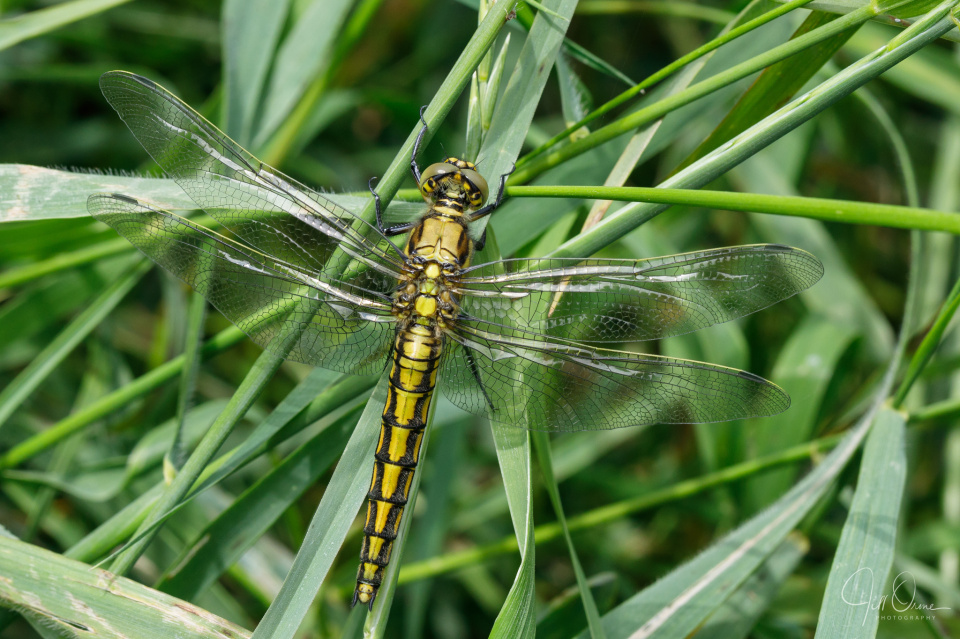 A run of late nights, followed by a day spent managing a not-very-well baby, left me severely over-tired, so today got off to a slow and grumpy start. By noon though, the feeling was growing on me that a dragon day was being wasted, and I began to contemplate the possibility of leaving the house. At this stage the sight of the Fat Controller being booed by a royalist crowd at St Paul’s Cathedral lifted my spirits enough to provide the final impetus I needed, and I zoomed off along mercifully quiet roads to Ripple.

I’d hoped to find more Common Clubtails, but didn’t, and I’d at least half-expected to bump into the first Emperor of the year, but didn’t do that either (though there was a large dragon hawking high over the North Lake at one stage, which I couldn’t see well enough against the bright sky to identify). But I still had a good time fossicking around in the nettle beds and the low vegetation in the water meadow around the lakes, where there were hundreds of assorted damselflies, many of them so teneral as to be almost colourless, and a good many beetles, weevils, and other invertebrates too.

Dragon of the Day, without question, was the Black-tailed Skimmer. I saw upwards of twenty specimens, mostly very fresh, though I did come across a mature male basking on one of the fishing platforms, and a semi-mature female sunbathing on dead wood in the water meadow. This fresh female fluttered up from the long grass on the river bank as I was walking along, but luckily I saw her in time to throw my bum into reverse and screech to a halt, which allowed her to relax and re-settle. I than homed in on her very slowly with the macro, but this was the only photo I got before a Common Blue Damselfly buzzed her and she took off again, moving deep into a nettle bed out of everyone’s way.

I’ve put a selection of today’s photos on my Facebook page, if you’d care to take a look. The post includes a shot of a male Black-tailed Skimmer who was even fresher than this, so you can see the remarkable similarity between immature males and females, before the male changes into his distinctive adult livery.