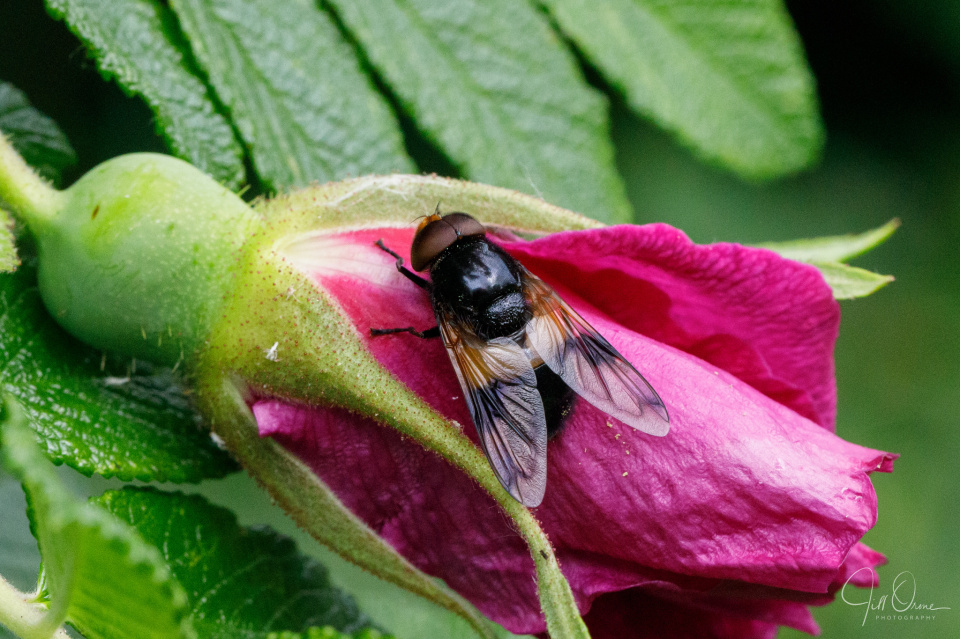 The weather turned slightly stormy today – it it was cold and intermittently rainy through the morning, and even when the sky lifted in the afternoon it was far too windy for comfort. The Red Arrows performed over Ragley Hall at noon, but I think they must have had to adapt their routine to take account of the low cloud, because they flew a wide arc around us this year, rather than coming straight over the garden as they did twice last summer. I managed one passable shot of them flying past, but the contrast was so low in the murky light that the file needed more processing than all the rest of the day’s images put together – and even after going to that trouble, I didn’t like it all that much.

Luckily there were a few sunny spells in the second half of the afternoon, and though the wind and the temperature kept invert numbers low, I did manage to find a few live subjects. It wasn’t what you’d describe as fun though, and after about an hour of poking around the likeliest sections of the garden I was cold, windswept, and irritable, and I decided to call it quits.

I was stomping back towards the house when I inadvertently put up this Volucella pellucens, from a perch I hadn’t noticed him occupying on the Roseraie de l’Hay. I apologised, then stood still and waited, and after a few seconds he came back down – though frustratingly, just a little too high for good photos. Fully expecting to lose him, I walked back down to the far end of the wild garden to fetch a hop-up step, and to my surprise when I got back he was still in the same place. He then completely ignored me while I fartnarkled around, climbing on and off the step, moving it around to get different angles, and ultimately putting the macro pretty much right in his face.

Volucella pellucens tends to be a pretty reactive hoverfly, and the fact that he tolerated this behaviour makes me think that he had settled to roost for the night. If he wished he’d chosen a different bed, he gave no sign of it.