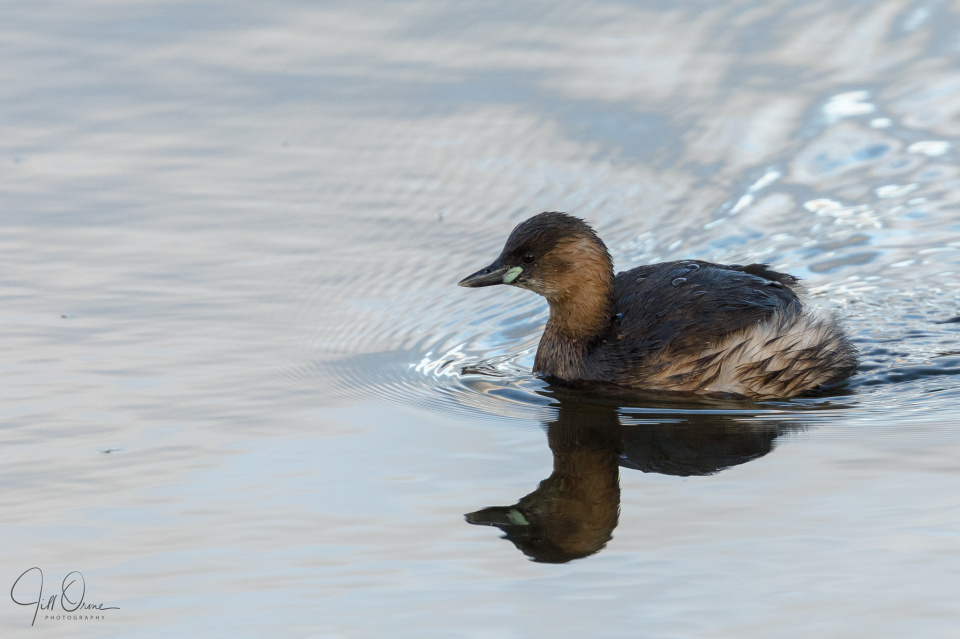 I zoomed off to Kemerton Lake this afternoon, in search of a smew that’s been reported there over the past couple of days – and which I think is probably one of the pair I photographed at Holt last month. Kemerton is a large lake, and I wasn’t all that hopeful, but luckily the smew was reasonably close to the hide I’d chosen, and I managed some photos before it disappeared into a gap in the reeds.

I was sitting happily daydreaming and waiting for it to reappear, when I heard footsteps coming down the boardwalk. The door opened, and in walked someone with two dogs. I threw a cursory and not very welcoming “Hello,” over my shoulder, before belatedly realising that one bird photographer plus two Westies most probably equalled Hillyblips – and so it turned out to be. If she was surprised by my grumpiness she didn’t let on, and the dogs sweetly bestowed lots of fuss and kisses – so I think I just about got away with it.

For a long time there was no further sign of the smew, and when it did show itself the first thing it did was to remove over to the other side of the lake; so we were mostly exchanging news and gossip for the next hour, except when one of several little grebes that were buzzing about the place livened up proceedings by coming in close to the hide. We’d just about given up on the smew, when it suddenly changed course and swam back across in front of us, returning to the area where I’d first seen it.

Hillyblips has posted part of its preening routine, so rather than play Blipsnap I thought I’d go for the little grebe – though I’ve added one of my smew shots as an extra. I’m always rather charmed by little grebes, which are so small and fluffy that they look like little powder puffs – but like their larger cousins they’re accomplished divers and very effective predators. All the ones I saw today were still in their rather drab winter plumage, but I hope to see them put on their breeding colours over the next few weeks. 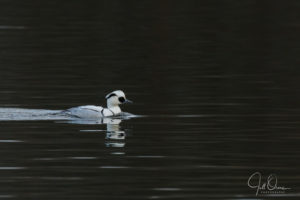 While we were chatting, Hillyblips pointed out an error in my bird count, which was the fact that I’d listed a pheasant at 3 and then again at 26. It’s a good job one of us was paying attention. I’ve now removed the double listing and renumbered everything (sigh); but luckily I’m still on the same total as yesterday because I saw my first kestrels of the year this afternoon.