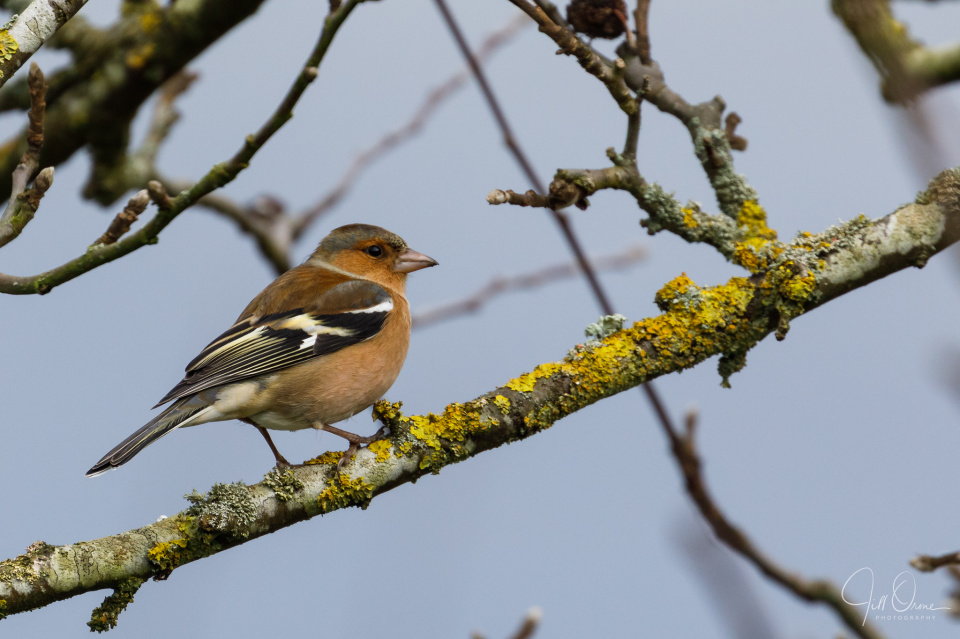 When R and I went to Croome last Sunday there was hardly a bird to be seen. This week they were everywhere, I’m happy to say – including a sizeable flock of chaffinches, hunting for insects in the orchard that’s used as an overflow car park, and apparently quite unconcerned about the presence of so many cars and people. I tend to take chaffinches for granted because they’re so common, but the males especially really do have lovely colouring.

Down at the lake there was a buzzard skulking about on the island – the first I’ve seen at Croome that wasn’t simply flying over. And on our way back along the river R spotted a couple of stonechats hunting for insects and grubs among the reeds and grasses, one of which I’ve added here as an extra. What we didn’t see, sadly, was the otter that was reported on the river at Croome a few days ago; but this is such a long stretch of water, much of it lined with reeds, that it’ll be a matter of luck to happen across it. If my back is up to it I’ll go on a quieter day and walk the whole length of the river. 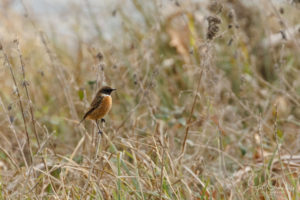 The only ducks we saw today were mallards, but I’m continuing to work through my Slimbridge photos, and I’ve posted what I think is the Jean-Paul Belmondo of ducks to my Facebook page, if you’d care to take a look.