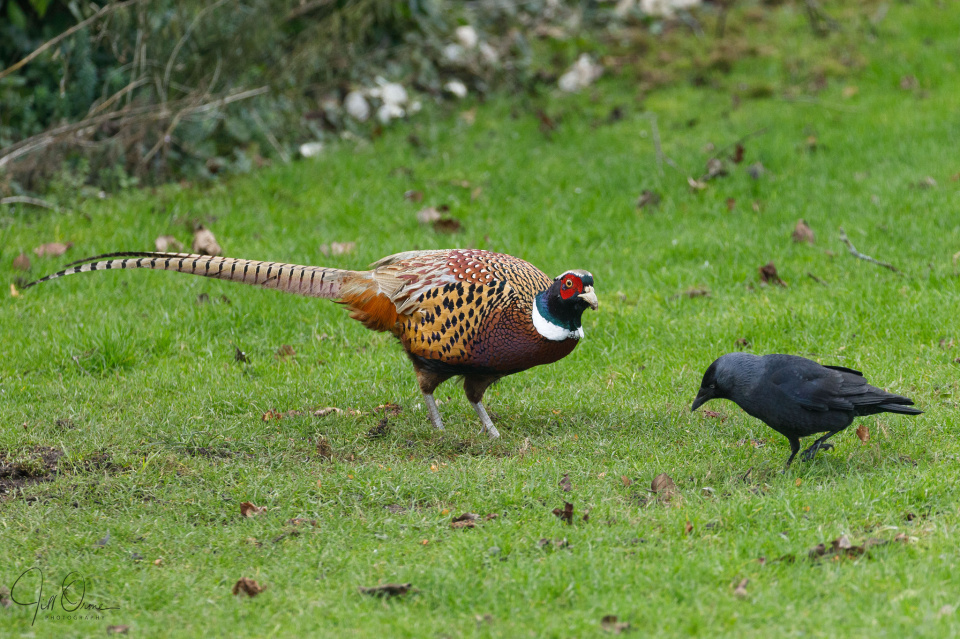 Competition was fierce this morning for the morsels of food that were to be found around the ‘lawn’. There were seven or eight jackdaws down, and the pheasant was having his work cut out to chase them all off his patch; at this juncture he seemed to be looking at me with a This is your garden – can’t you do something about this outrage? kind of expression. In the end I did do something, that thing being to put out some more seed, peanuts and meal worms. Then I left them to get on with their discussion.

I resorted to a garden bird photo today because I didn’t have time to chase around after anything more exciting: R and I went off to The Wilson in Cheltenham at lunch time, to hear a very enjoyable talk by Dr David Wilson on the life and work of Ernest Shackleton. Dr Wilson is a man of many parts, one of which is that he’s a Polar historian; another is that he’s the great nephew of the doctor, naturalist, and Antarctic explorer Ernest Wilson – and thus sort of related to the gallery, because the art and archive of the Wilson family forms the centrepiece of its collection, and gives the gallery its name.

Though today’s talk centred on Shackleton it also touched on Robert Scott and Ernest Wilson. At one time the three men were colleagues and friends, having taken part together in the Terra Nova expedition of 1901, and having for a time held the ‘Farthest South’ record. But Scott and Shackleton fell out in the aftermath of this expedition, and although for a time Wilson tried to mediate between them, in the end he came to side with Scott against Shackleton. He was the chief scientific officer on Scott’s final expedition, and was one of the five men who reached the South Pole in 1912, only to discover that Roald Amundsen’s expedition had beaten them to it. All five died on the return journey, and were buried where they’d died by a search and recovery expedition that went out to look for them the following spring.

Next week there’s another talk at The Wilson, this time on the early adventure photographers Frank Hurley and Herbert Ponting. If it’s as interesting as today’s lecture, it will be well worth attending.