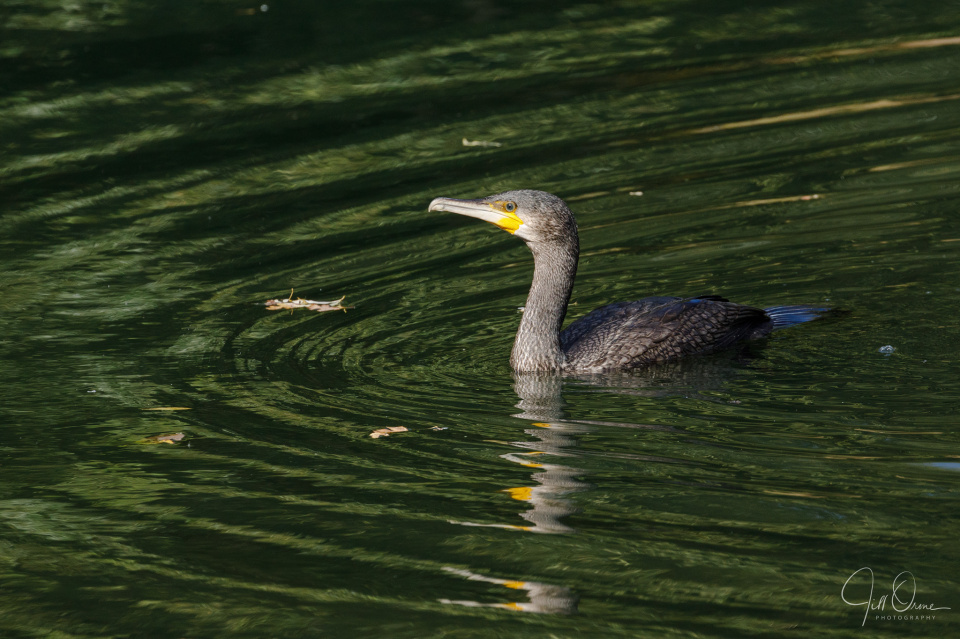 For about the past two decades, there has been an issue around one of my canine teeth, alternately grumbling and flaring, which successive dental hygienists have tried and failed to fix. Today I finally allowed myself to be sent to a specialist, who took a detailed history and a CT scan, and told me that the problem isn’t actually with the soft tissue, although it presents as that: the baseline issue is raging infection inside the tooth. I was then presented with two options (stepping around the third, which is to ignore the situation and wait till my face falls off); one possible treatment is extremely expensive, involves heroic intervention, and is by no means guaranteed to work, while the other is ruinously expensive, though more straightforward, and is by no means guaranteed to work either.

By the time I was outside and calling R to debrief, I couldn’t quite believe what I’d signed up to – and there’s something about the way he said, “I have to say, you’re very brave,” that makes me quiver slightly every time I remember it. Still, there’s yet time for me to back out. I’ll let you know what happens.

As I was already in Coventry, I decided to swing round to Brandon Marsh, where I was sure there would be lots of wildlife activity to take my mind off my tooth. But for an hour there wasn’t – the water level is so low that from one of the hides you can barely see it, and from most of the others the main view is of dense clumps of reeds and rushes, with any birds and dragons too far away to photograph. To be fair, this still took my mind off my tooth, but only by being a counter-irritant.

Then R called me to say that he was on his way into Stratford to run errands, and to make a date to meet up for coffee. I was wandering back towards the car park, when I decided on impulse to step into the one hide I hadn’t yet tried. Just in case. “Much about?” I enquired of two chaps with large lenses, expecting the usual “Not a thing.” But… “Well, we’ve had two kingfishers going back and forth, and there’s a heron sleeping there, look, and there was some otter activity just along that bank a while back. Plus the ducks, of course [the ducks being gadwalls] – and – what’s this coming in? Oh, a cormorant.”

Needless to say, I offered up a mental apology to R for the fact that I was going to be late, unwound the zoom, and sat down next to them. This is the cormorant that was flying in as I arrived; I’m fond of cormorants, and it’s unusual to be so close to one, which is why I’m featuring it. The extra isn’t a fabulous photo, but makes me completely happy, because it’s the first time I’ve ever managed to get a lens on a kingfisher. Two of them turned up about five minutes after I took my place on the bench, and for the next half hour zipped back and forth across that piece of (rather distant) water at regular intervals; my new chums told me with great confidence that if I waited a while longer the birds would finish working that channel and return to the one much nearer the hide, where there are several strategically placed perches on which they’d already photographed them; I had no reason to doubt this assertion, but I was keeping R waiting and the light was deteriorating, so I banked my shots and left. 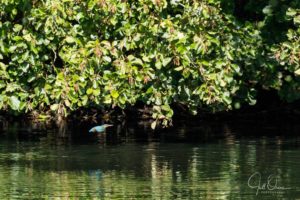 After coffee and shopping with R, I walked back to the car along the river, and had another nice surprise: the Tufty Club is reconvening. Tufted ducks are a particular favourite of mine, and during the winter months there are usually a few on the Stratford stretch of the Avon; but in the summer they all disappear – presumably to breed on quieter waters. The last time I walked this way there were none to be seen, but today eight youngsters had appeared near the landing stage by the theatre, clustered in a group but mostly snoozing or preening. As I watched, a couple of them began to dive for food, and I got some quite nice photos as they resurfaced – I’ve put one on my Facebook page, if you’re interested.