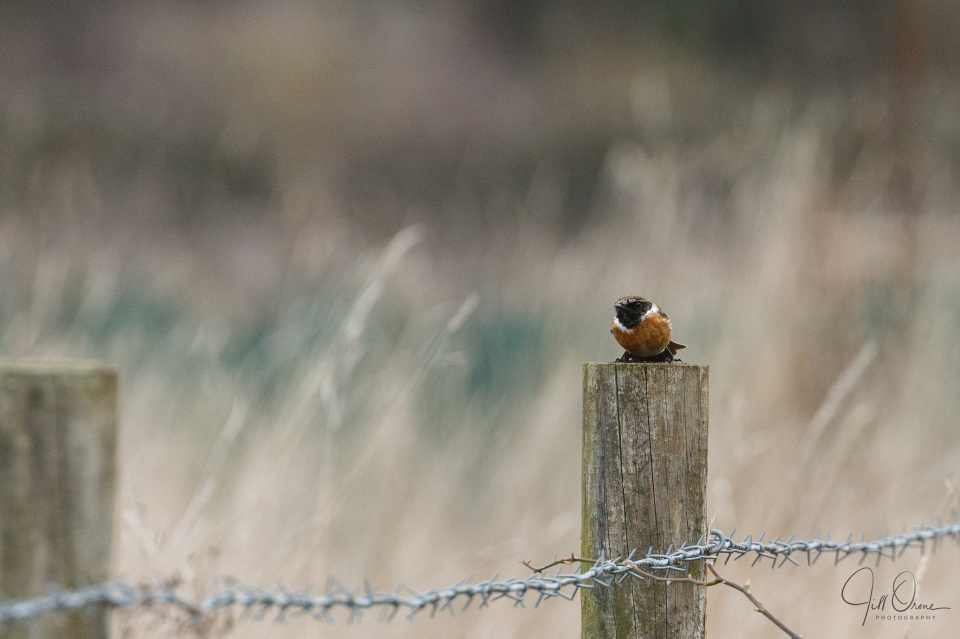 After two days confined to the house I was raging to be out and about, so I took advantage of a lull in the weather this morning and walked to the Vale Landscape Heritage Trust orchard at the foot of Windmill Hill. When I say “lull”, the term is relative: I didn’t actually get blown off my feet, though there were times when I found myself leaning hard on my monopod for extra stability, and it was only spitting with rain.

Despite the conditions it was marvellous to be out in the countryside, and there was more than enough wildlife around to make the trip worthwhile: as well as stonechats, yellowhammers, chaffinches and corn buntings, I photographed a mistle thrush, a skylark, and a family of three roe deer. By far the easiest subjects were the stonechats, which are bold little birds with plenty of attitude. They don’t exactly welcome human attention, but try to maintain what they feel is a safe distance between themselves and their stalker while carrying on with their normal activity, and if you move slowly and don’t make any sudden movements I find that you can gradually shrink that safety margin until you’re reasonably close to them.

The male in the main image wasn’t flattening himself on top of the gatepost out of any fear of me, but was clinging on grimly to prevent himself being blown off in a sudden gust of wind – as I think you can see from his anchoring claws. And the bird in the extra, which is a different male, had actually flown closer to me by moving from the fence onto this sapling, where he stayed long enough for me to approach closer still, and then move round to capture him against a clean background. 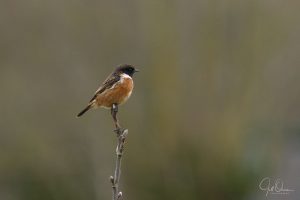 Aside from my trip out to the orchard, my day mainly involved watching a recording of the Big Jet TV live stream of planes arriving at Heathrow on Friday, during Storm Eunice. If you have seven hours to kill, I recommend it – but if you don’t, the first three hours is the most exciting section, and will probably convince you, as it did me, that however much airline pilots get paid, it’s probably not enough.

Oh, and – in case you were wondering – the beef Bourgignon was delicious!