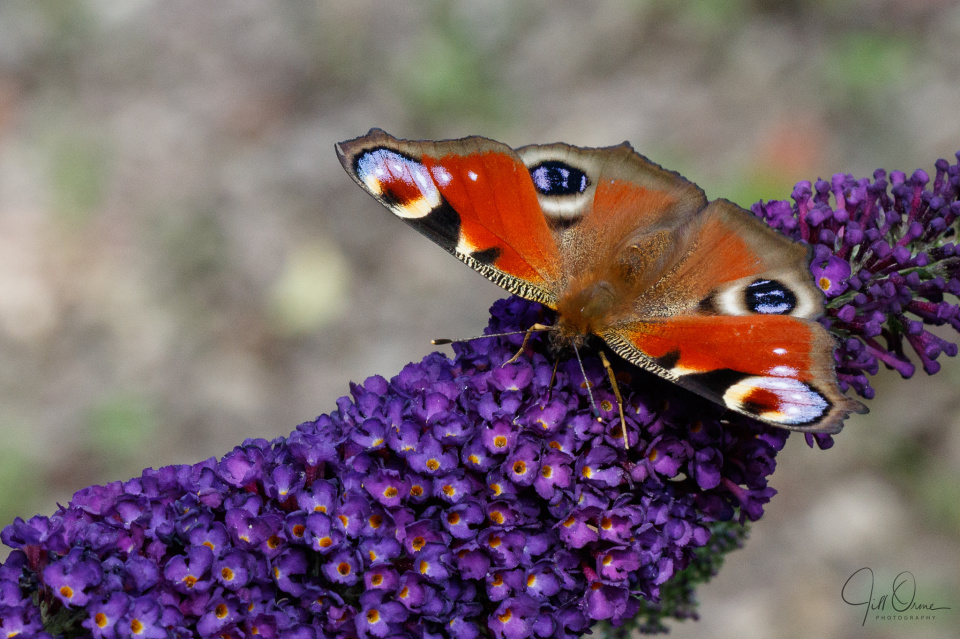 I’m not a fan of the buddleja – it’s an ugly shrub, and although it professes to be good at attracting butterflies, in our garden it’s generally only visited by honey bees. Today though, it was hosting both a Small Tortoiseshell and this Peacock, possibly because there’s not very much else in flower right now. I read somewhere that buddleja nectar isn’t very nutritious, but I’m hoping that this was written by another grumpy person who isn’t a fan: these butterflies are overwinterers, and they need to fatten themselves up now if they’re going to survive hibernation, so they can’t afford to waste their time on poor-quality nectar.

It took me several decades to learn to spell ‘buddleia’, and now I discover that about fifteen years ago the world was instructed by the International Code of Nomenclature to change this spelling to the one used by Linnaeus back in the C18th. I’m going to assert that as the plant was named to honour an English botanist called Buddle, Linnaeus was just plain wrong, but I daresay that challenging botanical nomenclature is about as productive a use of one’s time and energy as disputing the common English names of dragonflies, so I suppose I’d better get on with getting used to it.

I snapped this lovely creature while I was out in the garden watering plants and filling bird feeders, just before R and I set off for Monmouthshire, where we’ll be spending the next week in a tiny village on the edge of the Brecon Beacons National Park. This evening H and S arrived from Leeds to join us for the weekend.