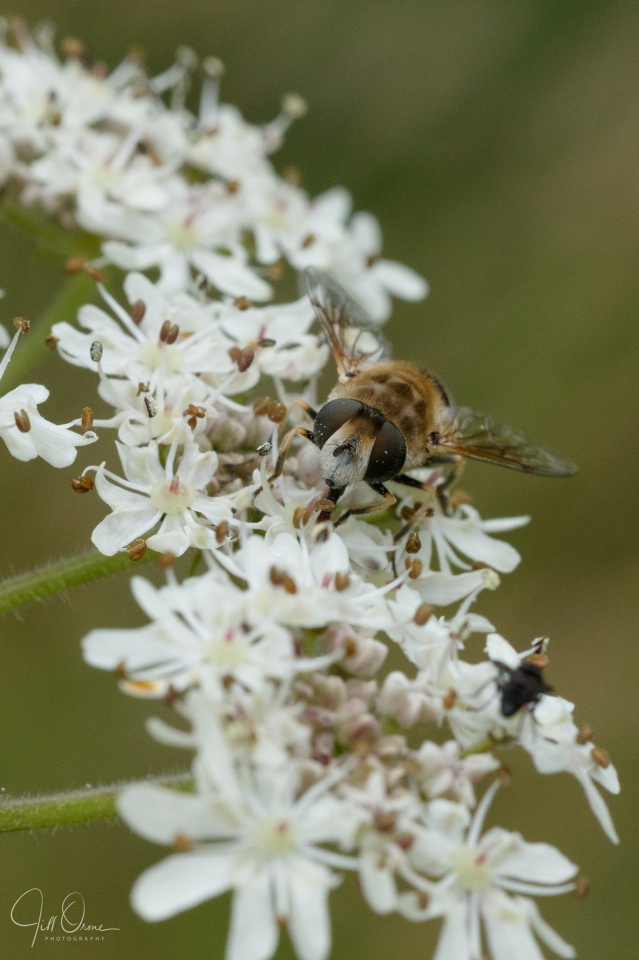 It was a pretty Welsh day – that is, dark and wet – but brightened by the arrival from Cardiff of the Family B. Baby B wasn’t entirely sure about being in a new place with so many people, but managed to stay mostly cheerful.

Our holiday rental stands part way down a fairly precipitous hill, and just below it is a meadow that’s currently full of yarrow, hogweed and willowherb. During a lull in the weather I wandered down there with the macro and found a few quite nice hoverflies, including this smallish drone fly, Eristalis arbustorum. The markings on this species are variable and it can be hard to separate from some of the other Eristalini, but this female has helpfully turned towards me to show the clearest distinguishing feature, which is that her face is almost completely pale, with no central black stripe or band. E. arbustorum is common and widespread, and turns up in a variety of habitats including gardens. It flies from April to November, but numbers tend to peak in July and August.