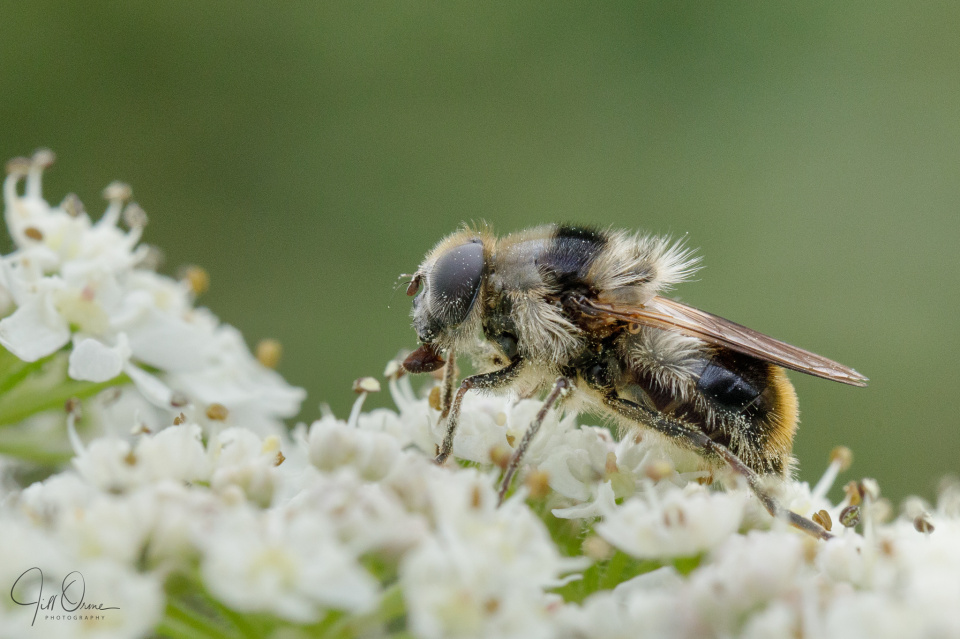 She’s pretending to be a bumblebee, bless her, but it’s not a very accurate impersonation. She’s Cheilosia illustrata, a hoverfly found primarily on umbellifers, and especially hogweed, whose roots are the preferred larval foodplant. August is the latter end of the flight season for this species, and others I’ve seen have been have looked quite bedraggled, but this one was still in quite good condition. I found her in the meadow below the house, when I went for a quick photo walk and some fresh air between the rain showers.

After lunch the weather did improve enough for our little house party to spend some time out in the garden, where boules were played and H and S entertained us with a fiercely competitive game of Swingball. G then had to return to Cardiff to prepare for work tomorrow, but L and Baby B stayed on with us for another night. Exactly three days after a half-hour nursery taster session, the Boy is going down with his first ever cold – inexplicable to him of course, and making him a bit grinchy and difficult to deal with. Especially when one of his grown-ups swoops in with a tissue to wipe the snot off his face, a process he views as assault.