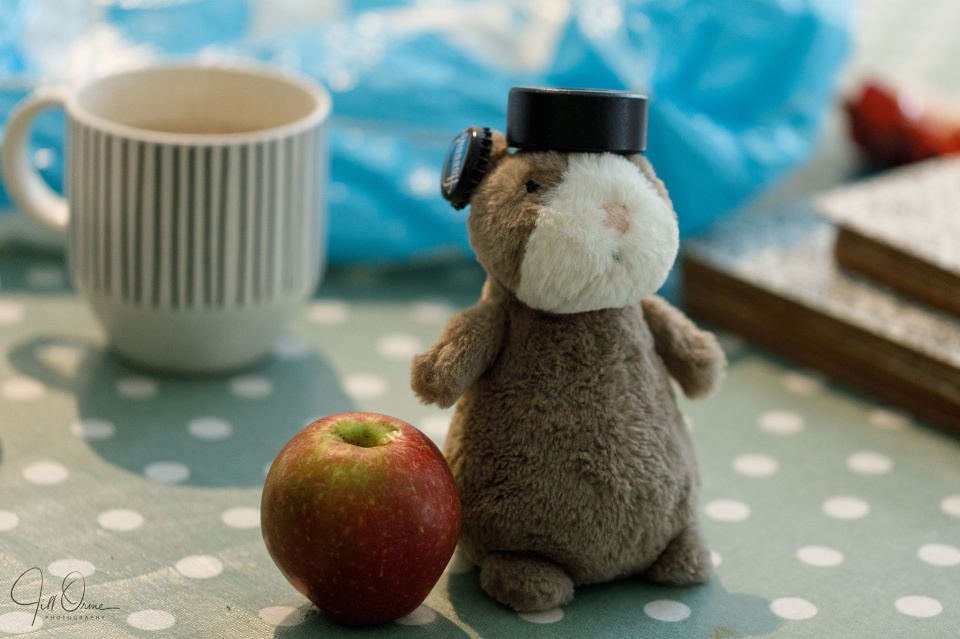 When Baby B gets a little older he’ll realise that leaving his toys around the kitchen after he’s gone to bed, when the “grown-ups” are partaking of alcohol, is asking for trouble. Luckily Dr Gordon Perkins had the gravitas to carry off the hat and earmuffs combo, and Grandma J had tidied him up before B got up and needed him back.

Poor Baby B was really suffering with his cold today, and after H and S had set off back to Leeds, R and I drove him and his Mum back home to Cardiff – where he was immediately happier, and posed for some charming (if snotty) photos. Later R and I went to Forest Farm, where I failed yet again to get a Golden-ringed Dragonfly on camera, but we had quite a nice walk anyway.