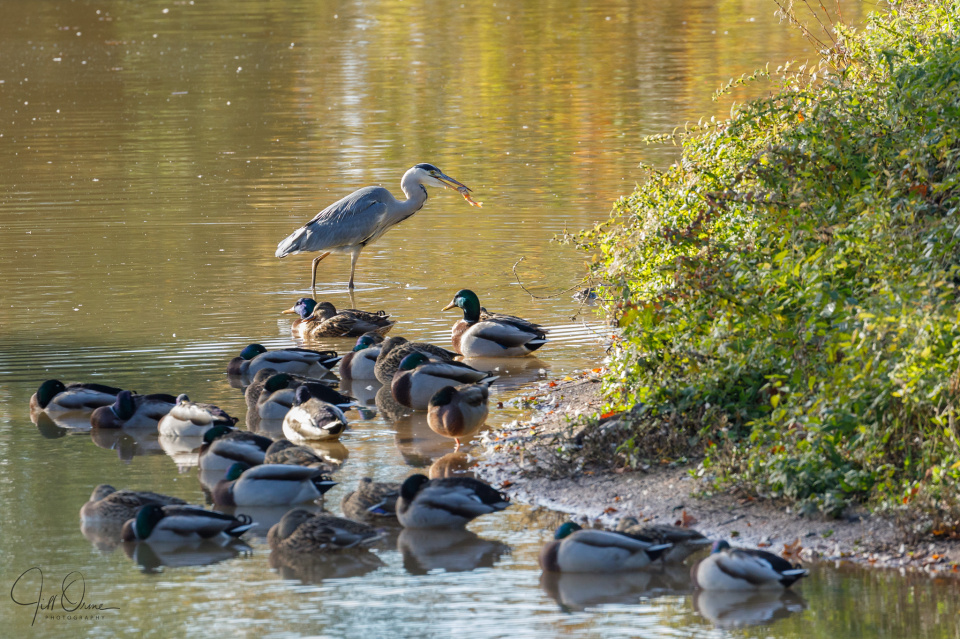 It’s a good thing that mallards don’t eat fish – you wouldn’t want to get mugged by this mob.

After yesterday’s horrible weather, this morning was cold but clear, and R and I went for an early walk around Croome, where we happened to see one of the resident herons catching its breakfast. As ever, I feel rather sorry for the fish: I don’t believe that being cold-blooded makes them insensitive, and I can’t imagine many less pleasant ways to die than being swallowed alive and digested. But nature, etc., etc.

When we arrived back home, R decided to harvest some of the grapes along our yard wall and juice them, and I felt that I should – for once – do something a little housewifely, and help out. It took us two hours, and employed most of the receptacles and equipment in the kitchen, to produce a litre of grape juice; and despite the apparently vast quantity of grapes we used, no perceptible dent has been made in the harvest. We may need to get a man in – ideally, one with his own juice press.