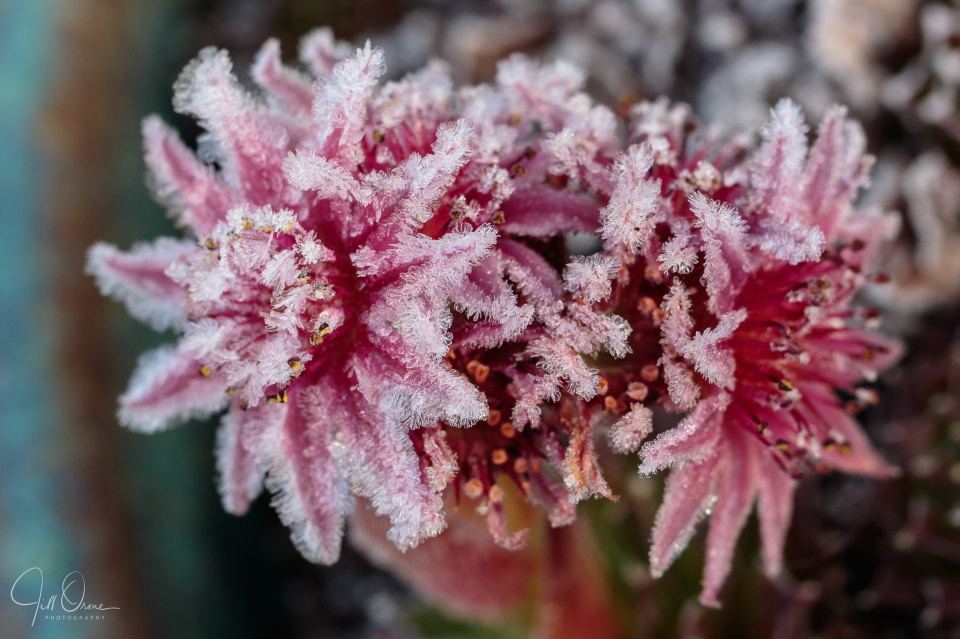 I woke up this morning to the first proper frost of the year. I say that as though it’s a positive thing – and I am trying to think of it as a positive thing – but if I’m honest it made me properly grumpy. It’s too early to state definitely that the dragon days are over for this year, but they most probably are, and it’s a very long time from here to next spring.

Anyway, I did the only thing I could to cheer myself up a bit, which was to throw on plenty of clothes and trot out with the macro in search of ice crystals. I had this photo in the bag by 9am, but it’s only now being posted because I’ve spent most of the fourteen intervening hours buried under unprocessed files. I’d like to report that I’ve fully caught up with myself… but I cannot tell a lie. I have sorted out all of this month though, so tomorrow I can start to look at September’s backlog.