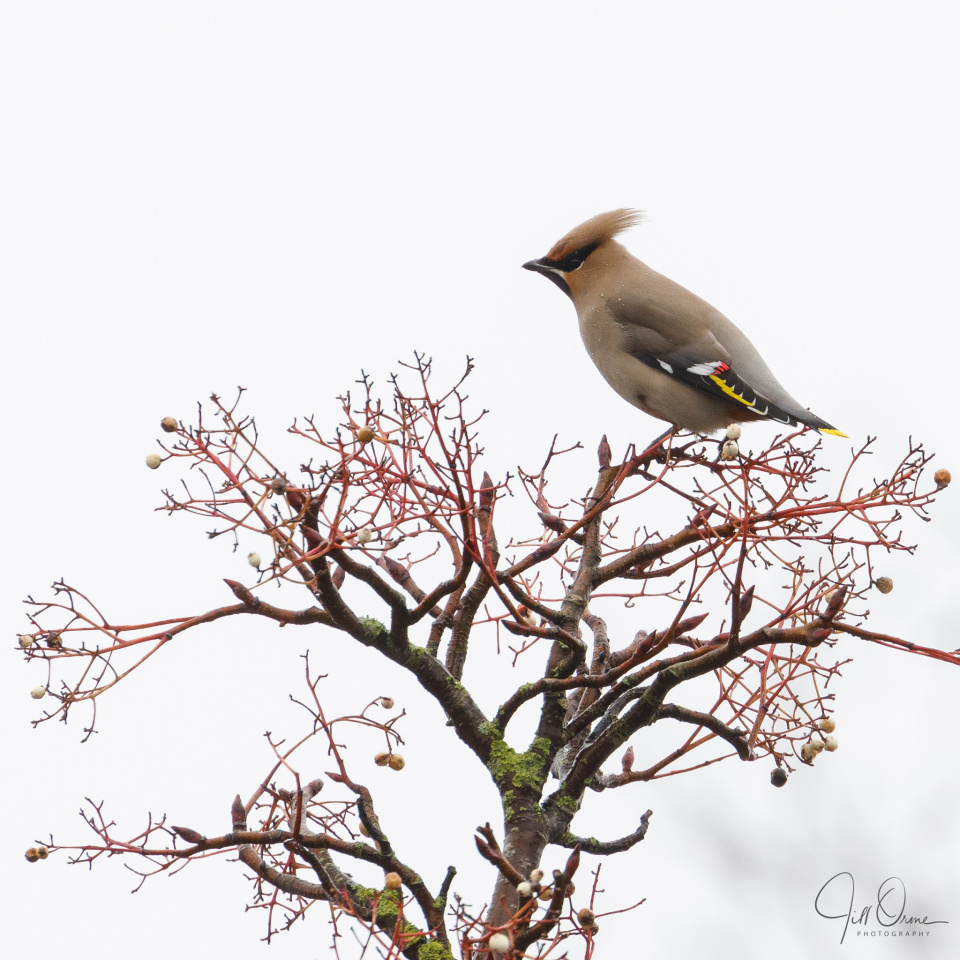 While I was freezing my…. lens off at the owl field yesterday, a local photographer friend (and frequent owler) was photographing a waxwing against the lovely blue sky, less than a ten minute drive from my house. When I saw his Facebook post this morning it’s possible that I may have thrown a bit of a hissy fit about this, to which he responded by telling me that he’d just been to take another look and the bird was still present, eating sorbus berries in the rain.

This tree sits right next to a level crossing over the London to Worcester railway line. The waxwing appeared entirely unconcerned by a steady stream of cars and lorries going over the crossing, and the steady tramp of birders, photographers, and bird photographers marching along the pavement to take a look at it, but when a fast train went past the air disturbance nearly blew it out of the tree, so it’s remarkable that it’s still favouring this spot.

Interestingly though, as I squelched away towards the car, a truck pulled up alongside me, and the driver asked what I’d been photographing, and when I told him, he said, “I thought so!” He told me that for the past couple of days there had been a flock of 15-20 waxwings eating insects from a dung heap on a farm where he works at Honeybourne (just a couple of miles away as the waxwing flies), but that there’d been no sign of them this morning, and when he saw me he guessed that this was where they’d moved to. As far as I know this is the only bird feeding from this tree, but there aren’t all that many berry trees that still have fruit around here, and if it knows there are other waxwings in the area its dogged persistence in the face of traffic, trains and humans is maybe more explicable.

I love waxwings, and it’s three years since I last saw one, so it was definitely worth getting soaked through to photograph this today. And yes, I’d have liked the light to have been better, but in the circumstances it displayed pretty well. I like the header image because the waxwing stands out so nicely at the top of the tree, but there’s a closer shot of the bird below. 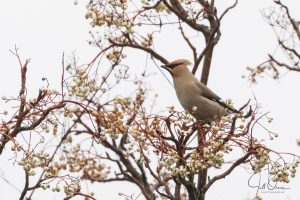