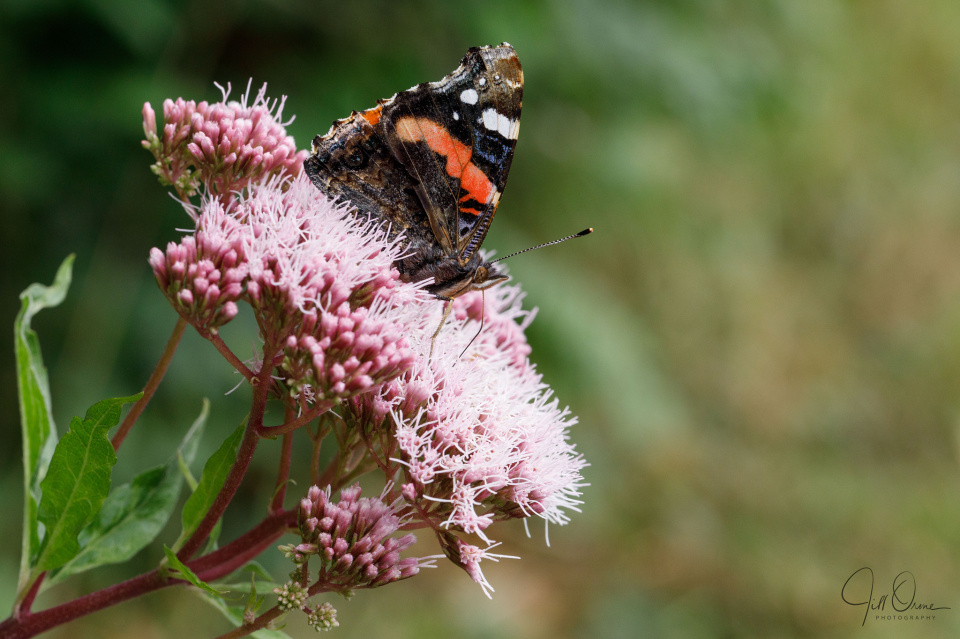 On our way back from Cardiff and Tredegar yesterday we stopped in Monmouth and went into Waitrose to pick up one or two supplies, and the checkout cashier, asking about the camera equipment I was carrying, told us about a pool in woodland close to Llanishen that he thought might have dragons. Today we went looking for it, but when we found it it was sadly overgrown, and dragons were there none. Still, we got in a lot of steps.

On the way back towards the car I spotted a luxuriant clump of hemp agrimony that was providing lunch for a lot of nectar feeders, of which my favourite was this Red Admiral. While the overwing markings of a Red Admiral are spectacular, I’m more drawn to the underwings, which always look to me to have been stitched in needlepoint. One day, when I’ve given up all this photography nonsense, I might attempt to design a Red Admiral cushion.