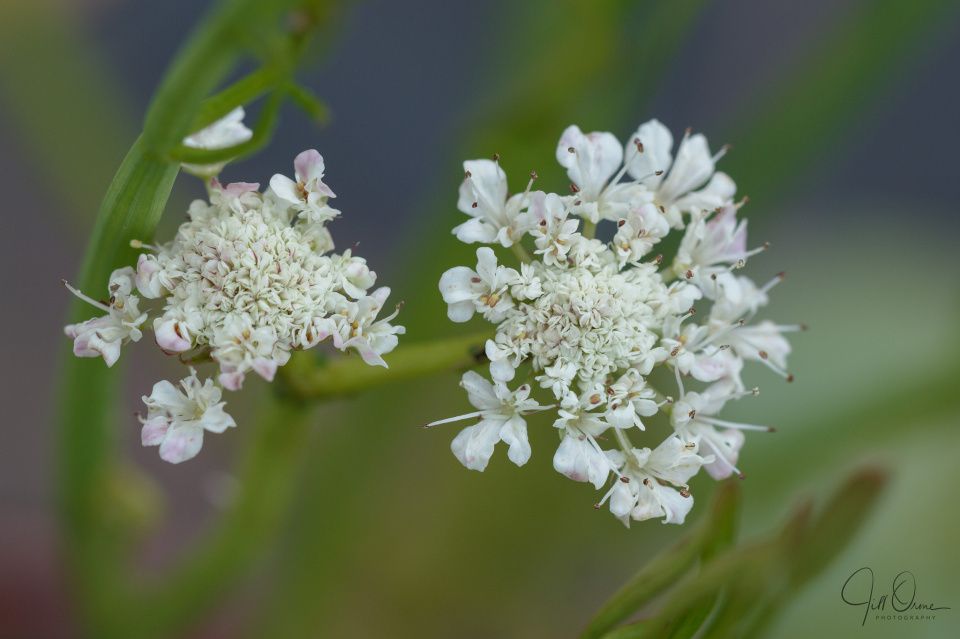 According to Wikipedia the genus name of this plant, Oenanthe, is derived from the Greek oinos “wine” and anthos “flower”, and comes from the wine-like scent of the flowers. I can’t say that I’ve noticed this, but there are only two of them on my water-dropwort so far, and they’re very small. As you can see they’re still only partially open, but even when all the flowers have unfurled the umbels won’t be more than a couple of inches across.

I haven’t been able to discover whether tubular water-dropwort, which is a low-growing plant of marshes and the shallow edges of pools and streams – and which I’ve added to both our new ponds – is anywhere near as poisonous as its notorious cousin hemlock water-dropwort, but I certainly won’t be subjecting it to a taste test. One plant in the genus, Oenanthe javanica, is edible and is widely consumed in the Far East and in the Indian subcontinent; but several others produce a chemical called oenanthotoxin, which is a central nervous system poison.

Italian researchers believe that the “sardonic herb” used to euthanise old people in Sardinia in ancient times may have been hemlock water-dropwort. I hope that our current rulers don’t get to hear about this: I wouldn’t want then getting any bright ideas.