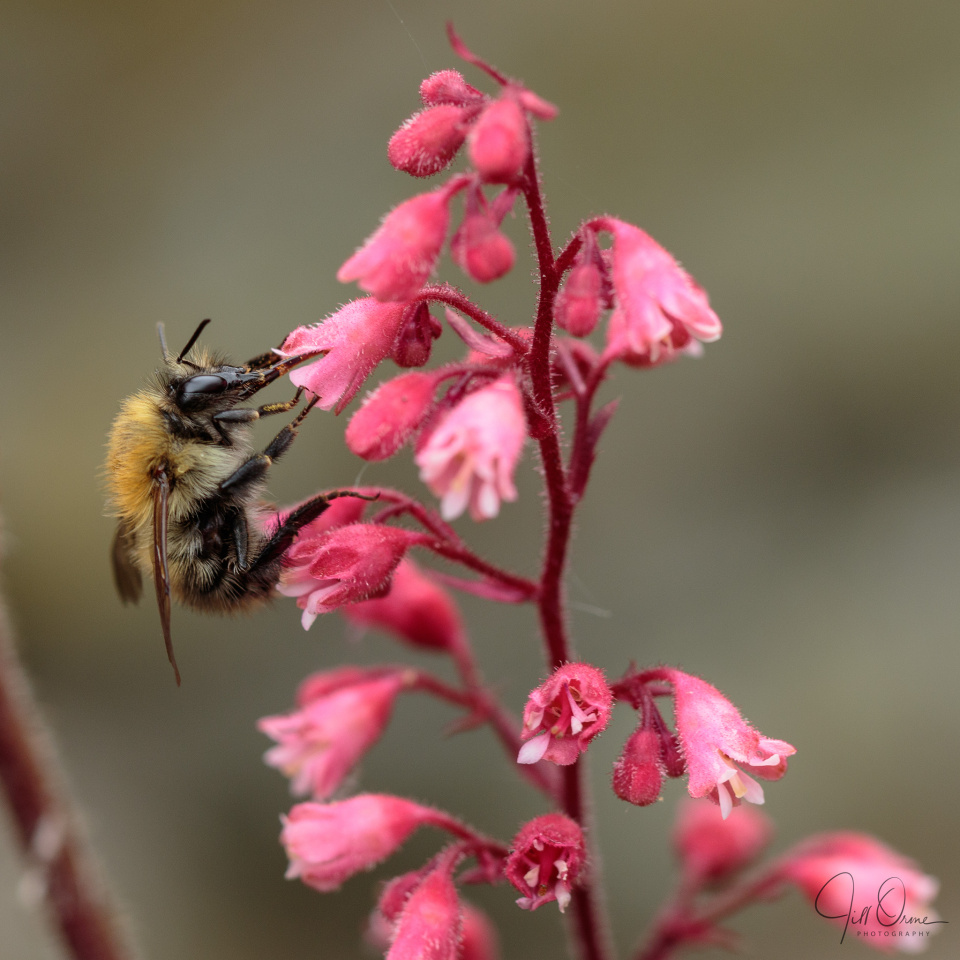 Someone I know once expressed disdain for bee images, on the grounds that there are so many bees around in summer that getting photos of them is like shooting fish in a barrel. To which my response would be: “Not on days like this, it’s not.”

We currently seem to be going through an early autumn, with dark days, and bands of cold drizzle blowing in on a stiff north-easterly wind; even I didn’t want to be outside today, and I have what you might politely describe as a more favourable mass to surface area ratio than a bee. During the brief period when I was prepared to be blown around the top garden the only two I found were both Common Carders, which wasn’t really a surprise, because in my experience they’re one of the hardest working of bees – out and about from early morning until late evening, and in all but really bad weather.

Bombus pascuorum is one of the most common and widespread species of bumblebee in the UK, probably because it’s highly adaptable. It’s found everywhere from farm land to urban gardens, and will nest either under or above ground, in cavities, old mouse or bird nests, tussocks of grass, or underneath low-growing shrubs. It’s described as polylectic, which means that it’s not fussy about what it eats either, foraging from a wide range of flowers. In my garden I notice that it has a slight preference for the white flowers of dead nettle, but of the two I saw today this one was feeding from the small bells of a heucherella, and the other was browsing  on hedge woundwort.