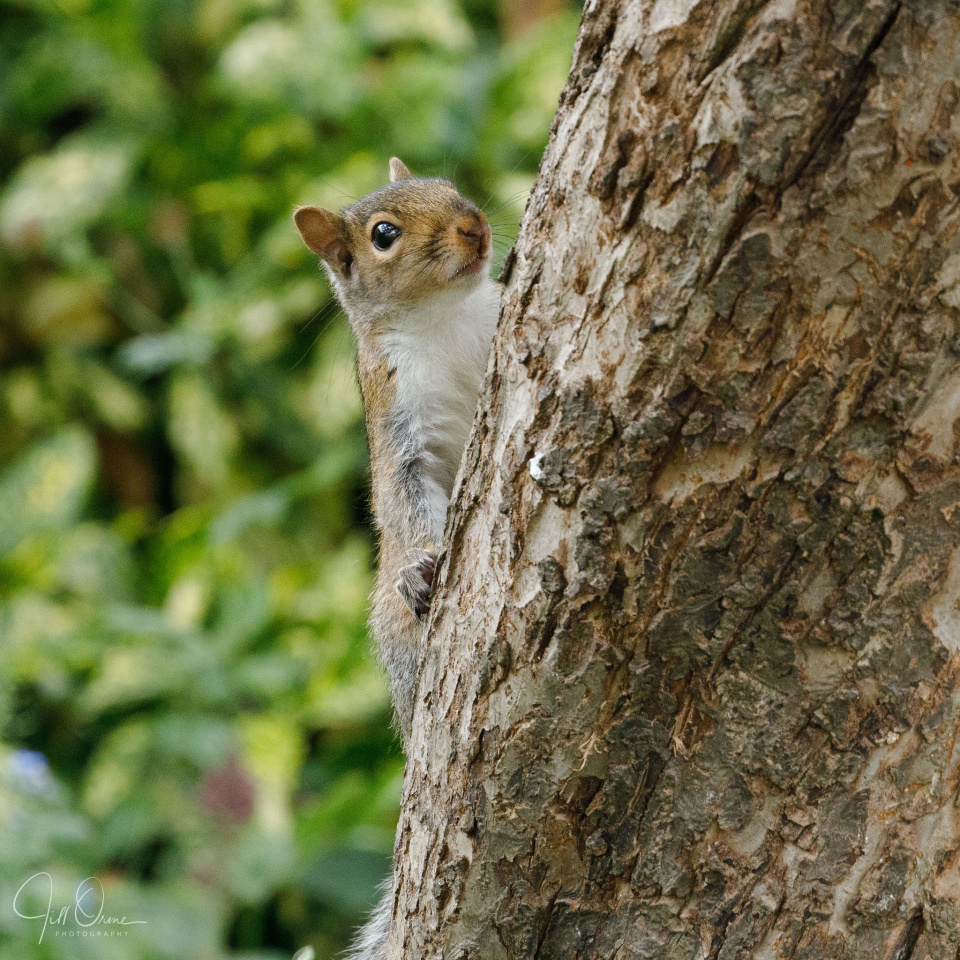 Asked the question, “what is a young squirrel called?”, the interwebs provided a variety of largely unhelpful answers:

4. It’s not called anything, because squirrels don’t live in hierarchical groups. But…..?

Well, OK, if you’re going to be difficult, this is a juvenile squirrel – one of three, presumably siblings, that were so busy feeding on bird seed in the top garden this morning that they let me walk to within twenty feet of them without so much as turning a hair. It was only when I actually walked past that two of them whisked away into the undergrowth; this one, which had been the most aggressive of the three, merely leaped onto the trunk of the apple tree and watched me as I went by. I glanced over my shoulder a few seconds after this, and he was back on the ground, eating again.

It was definitely baby day in our garden today: as well as the squirrels, there were some fledgling sparrows running their mother ragged, and later a family of young jackdaws arrived, and managed to eat four suet balls in the space of half an hour. I am, of course, more than happy to give nature a helping hand, but I think I may be spending more on food for the wildlife than for R and me right now.