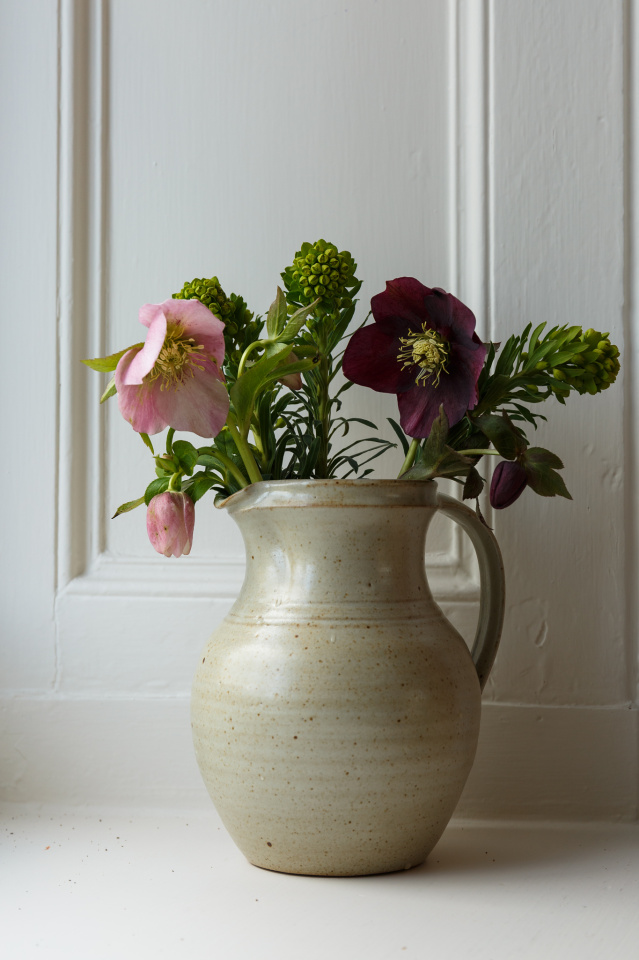 This morning was bright and sunny in the wake of Storm Doris; but the forecast said that the good weather wouldn’t last, so R and I decided to get out while we could, and popped over to Winchcombe. We used to go there a lot when the Offspring were small, because there’s a rather pretty castle we all enjoyed visiting, but we haven’t done more than pass through the place in many years (not that passing through the place is nothing: the main road is narrow and twisting, and even a small amount of traffic convergence can and does bring the whole town to a halt).

We took a stroll along the main streets, viewed the rather nice Parish Church, and went to a small independent café for coffee and cake. One of the nice things about Winchcombe is that it’s clearly thriving economically – it has a good range of independent shops, cafés and restaurants, several of which we’ve mentally bookmarked for future trips. Today we were too early for lunch, and suspecting that Sudeley Castle might be a bit hectic during half-term we finished our visit by driving out to the Winchcombe Pottery, which is just off the Broadway Road to the north of the town.

Winchcombe Pottery has been vaguely in my head for years, since I read about the Arts & Crafts movement in the Cotswolds, but I’ve never visited before – largely because I find places such as this slightly intimidating: if you don’t like what they produce, it can be difficult to extract yourself with grace but without feeling obliged to buy something. But I needn’t have held back from visiting Winchcombe – their wares are very much to my taste, and they seem to be quite relaxed about people wandering about, whether they’re buying or not. We actually had to ring a bell to summon someone to the shop so that I could buy this jug; this chap then responded very enthusiastically to my questions, walking me through the photographic displays on the wall, telling me the history of the place, and showing me around the workshops.

Back in the mid C18th the local river was diverted to create a mill leat, and a seam of clay was discovered – so a pottery was built next to the mill, to use this clay for the production of farm wares such as bread crocks and flower pots. Clay from the pit on the site contains limestone, which is explosive at kiln temperatures, so these wares had a very rough and pitted surface – but they were sound enough for farm use, and the pottery continued operating through to the start of World War I, when it closed. In 1926 the art potter Michael Cardew (who had trained with Bernard Leach) came to Broadway to give a lecture for the furniture maker Gordon Russell, who told him about the abandoned pottery and brought him to see it. Cardew rented the place, hired one of the former workers and a young apprentice, and began to try to get the old bottle kiln (shown in my extra) working again. The kiln was too big, and difficult to control, and they soon had to abandon the on-site clay pit in favour of less explosive clay imported from Devon and Somerset; but eventually they did manage to start production. Cardew then got bored and went off to start another pottery in Cornwall, but he left Winchcombe in the hands of an employee called Ray Finch; after World War II Finch bought the business, and ran it into his nineties – it’s now run by one of his sons and by the friendly chap I met (who is related to the old worker first hired by Michael Cardew). 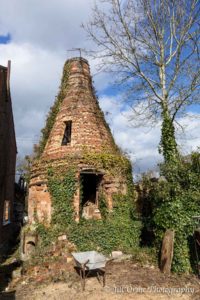 An eBay search will show you that Cardew’s work at Winchcombe is now collected and valuable. Ray Finch’s work is far more reasonably priced because there’s a lot of it about, though some of the larger art pieces are quite expensive. I was very happy to buy this jug from their current stock, simply because R and I both like it; it cost less than £20. If it’s niggling at you that you think you’ve seen something like it somewhere before, you’ve probably eaten at one of the (late lamented) Cranks restaurants, all of which used Winchcombe ware.

By the way, the old bottle kiln hasn’t been used since the 1940s, but has been left standing as a reminder of the Pottery’s heritage. There are some more photos of Winchcombe, and a couple of closer ones of the kiln, on Facebook.