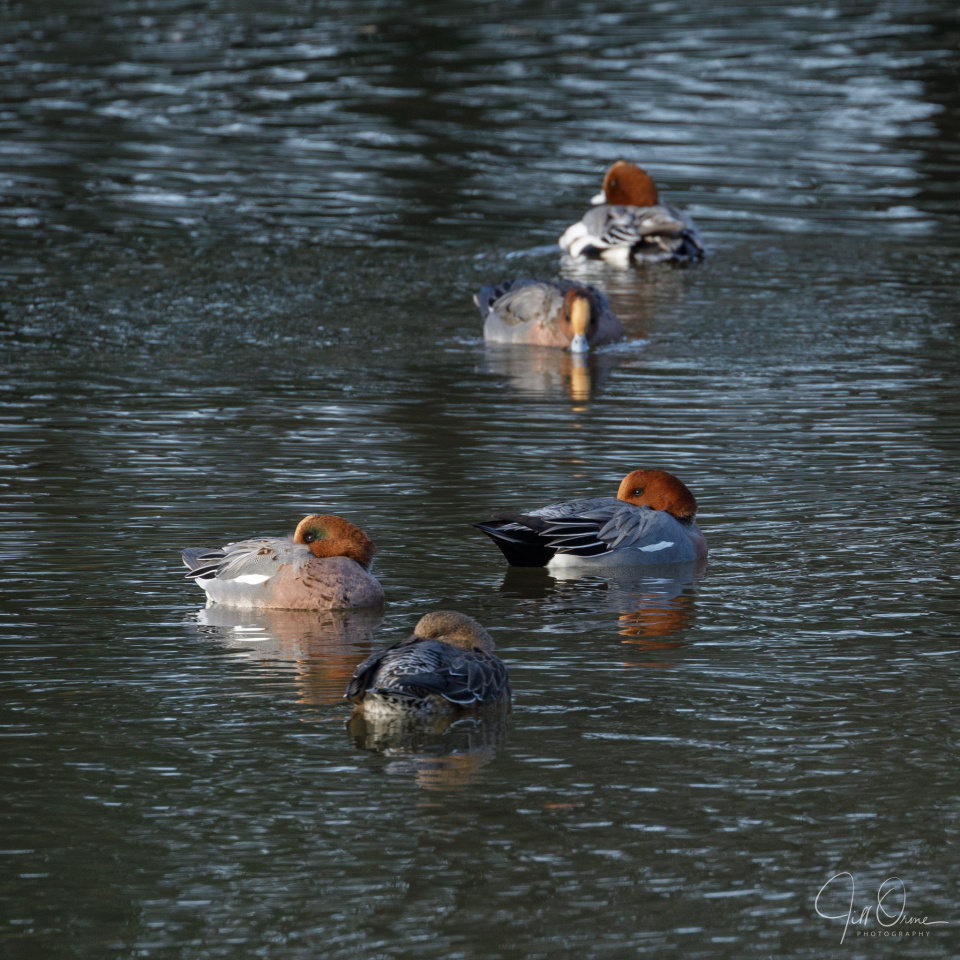 I’ve photographed wigeon at Croome before, but only ever on the river. Today there were about ten on the lake, along with a couple of gadwall, and because it’s something I haven’t seen before I spent a while trying to capture the scene. Even with a long lens it’s not the easiest thing to get a decent shot of a small, uncooperative duck in the middle of a reasonably sized body of water, but I quite like the the way the light is picking out the three nearer birds here. If arty shots of snoozing ducks aren’t to your taste though, you might prefer the robin I’ve posted to my Facebook page.

According to the RSPB there are only around 300 breeding pairs of wigeon in the UK, but in the winter we play host to upwards of half a million birds, most of them migrants from Iceland, Scandinavia or Russia. Their preferred winter habitats are coastal estuaries and saltmarshes, where they can gather in large flocks, but population pressure has led to increasing numbers moving inland and turning up on lakes, reservoirs, and flooded gravel pits. They can often be seen grazing close to water, but they also dabble in the shallows, eating the leaves, stems and roots of aquatic plants.

Wherever they choose to see out the winter, these birds will return home to breed in early spring. At the end of the breeding season, around June, they’ll undergo a full moult, leaving them flightless for several weeks; then, as soon as their new flight feathers have grown, they’ll be off back to their wintering grounds – together with their surviving offspring, which become fully independent of their mothers at about seven weeks old. I’m continually amazed by the lives of migratory birds: the distances they travel, and the hazards they have to negotiate, in order to maximise their chances of surviving and breeding.