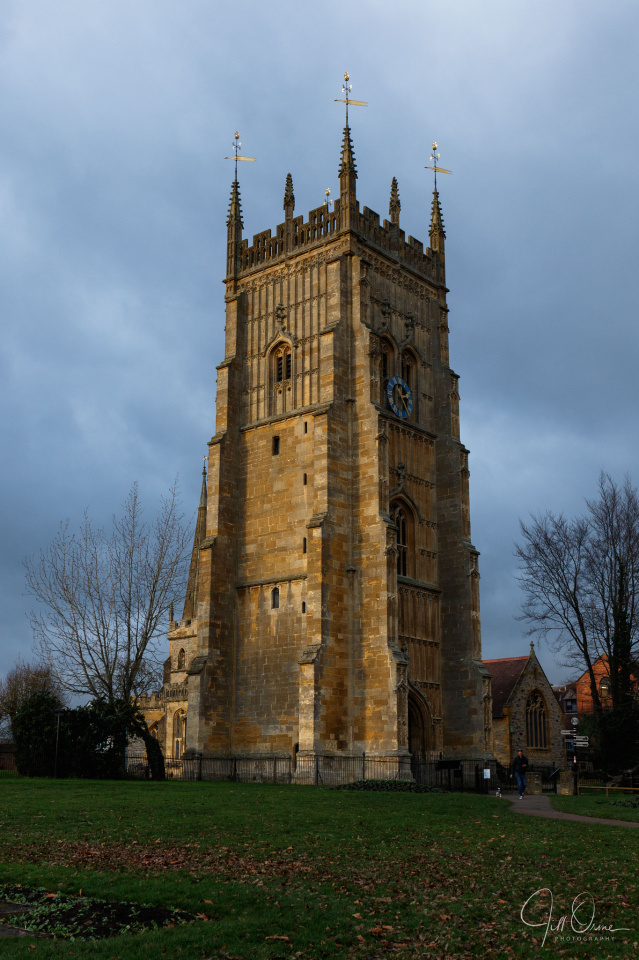 It was a dark, dreary, damp day, but this afternoon R and I went out anyway. Having a couple of errands to run in Evesham, we parked on Waterside and then walked along the southern loop of the river and back up into town to get our steps. I had a camera with me, of course, but everything was very brown, flat, and unphotogenic, and I wasn’t inspired by any of the photos I took.

After we’d done our shopping we got some takeaway coffees and went into Abbey Park, where we sat under a very threatening sky and tried to ignore the council employee who was moving leaves from place to place with a petrol leaf blower, having no noticeable effect on the tidiness of the park but making a vile smell and a furious racket. I contemplated going and telling him about the benefits to wildlife of leaving a messy garden through the winter, but decided I’d just be wasting his time and my breath.

Suddenly the cloud parted just enough to let through a shaft of sunlight, and when I turned to look behind me I found that it was nicely picking out the Abbey bell tower. I had to step over Simon de Montfort to get this angle, but I think it’s just a memorial stone that’s planted there, and not the man himself. There are supposed to be a few bits of him buried somewhere on the Abbey site, but I’m pretty sure that by now there would be a tomb of some kind if anyone knew where they were.