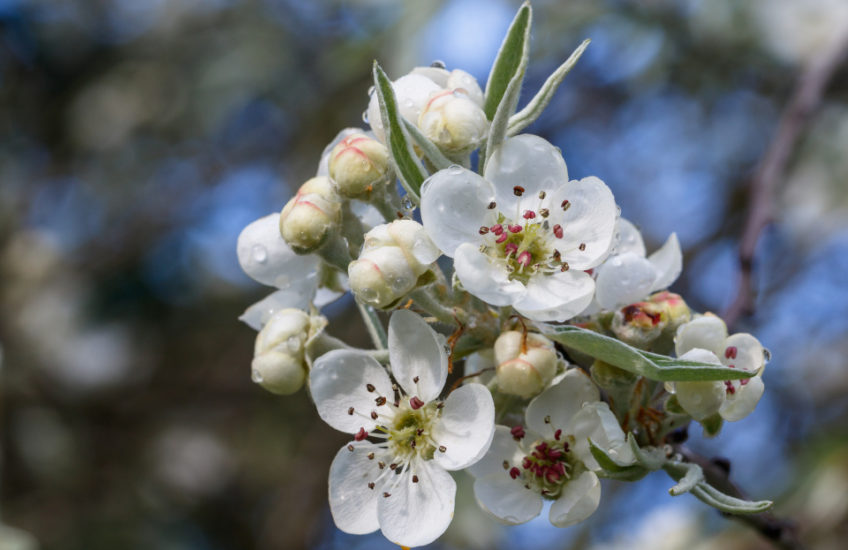 Today started bright and warm, and in the early part of the afternoon R and I spent a couple more hours practising the Art Of Rough Gardening. One good thing about a garden as overgrown as ours is that you can really see where you’ve been when you tidy a bit up, which encourages you to want to keep going; but the soil is so heavy that weeding is really hard work, and after filling a couple of barrow-loads we’d pretty much had enough. R went to make tea while I uprooted a few last geum plants, and then we sat down at the patio table to rest and admire our handiwork.

The whole time we’d been out the garden had been humming with bees and bugs, and I had a camera on the table ready for a post-tea bug walk; but as we were sitting there a huge dark cloud came over, and it began to rain, so we had to retreat indoors. By the time the sky cleared again it was quite late in the afternoon and the temperature had dropped several degrees, and the bugs had clearly decided to get an early night: apart from a few A. plumipes and a solitary Common Carder – and me – the place was deserted. So I just wandered about photographing interesting wet things – and of the shots I took, this one of the blossom on our weeping pear tree pleases me most.