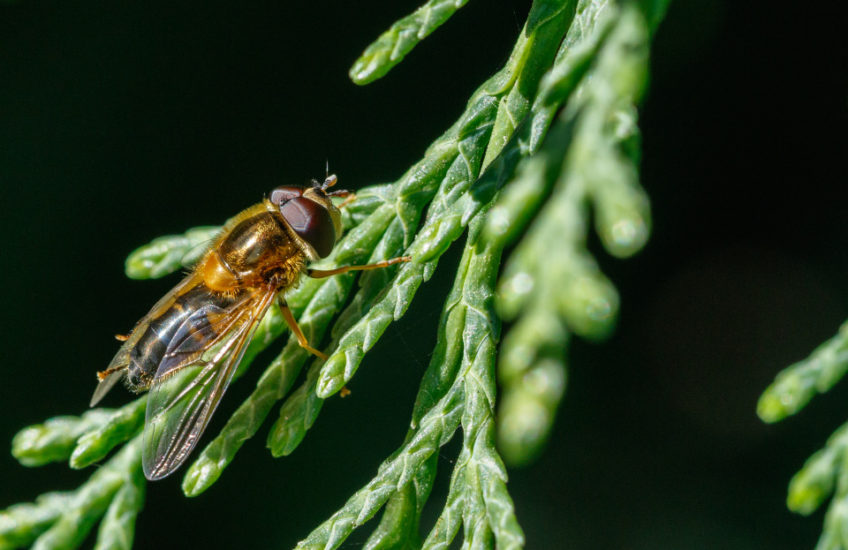 R and I did more gardening today; I finished the rough tidy-up of the pear tree bed, and he pulled out a barrow-load of bramble and ivy from one of the long borders that we’ve not yet found the time to sort out properly. It’s a huge boon to me when he has the time to do this – especially the de-ivying – because it’s death to my hands and wrists, and a couple of hours of it generally lets me in for several days of stiffness and pain.

We finished our session by sorting out an old Belfast sink which I use as an Alpine trough, but which had been completely taken over by a Santolina chamaecyparissus – which would never have gone in there in the first place if I’d known how big it was likely to get. It took both of us to dig out the root ball, and then having cut it back hard I gave it a (slight) chance of survival by plonking it in a gap which had appeared in the pear tree bed; I doubt it will take, though it would be nice if it did because the flowers are a magnet for bees and hoverflies. I then refilled the sink with fresh compost and replanted it, and it now looks rather nice.

While R relaxed in the sun over a well-earned sloe gin and tonic, I went to look for bugs, and found so many that I hardly knew where to point the camera: the garden was absolutely teeming with bees and flies, though most of them clearly had love on their minds and were not in the business of sitting still to have their photographs taken. But I struck lucky with this male Epistrophe eligans, which I spotted basking on the leaves of one of the conifers in the wild garden, and gleaming in the strong sunlight. This is an early species of hoverfly, typically peaking when the hawthorn is in bloom; the adults feed on nectar, and the larvae on aphids.

The first extra shows a beautiful Andrena nigroaenea queen, which is one of a number of bees that has suddenly taken up residence in the yard wall. I’ve been checking this 15m stretch of wall, which I jokingly call my bee hotel, for about three weeks now, and there hasn’t been any sign of life around it – but today I found several different species taking advantage of its various crannies and crevices. 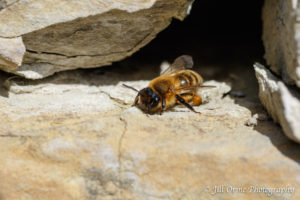 It was also being patrolled by some less welcome arrivals. The second extra shows a Nomada goodeniana, an opportunist bee which lays its eggs in the nest of an unwitting and unfortunate Andrena host, and whose larvae consume the pollen she has left for her own offspring before they can get to it; the Andrena larvae thus starve, while the N. goodiana larvae thrive. It’s not nice behaviour and I don’t approve of it, but the presence of Nomada bees is evidence of a healthy population of Andrena. 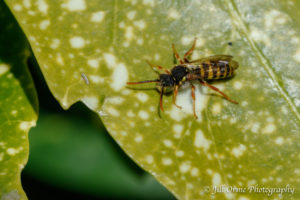