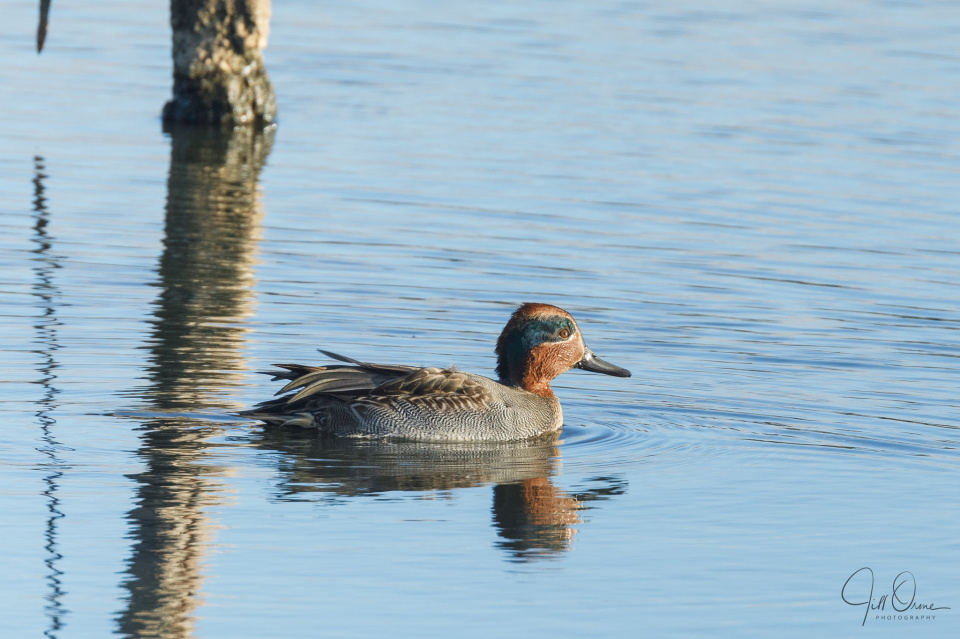 After being tied to a hot computer all morning, I gave myself the afternoon off and zoomed over to Upton Warren in search of fresh air, exercise, and birds. It felt strange to be back there after so long – my last visit was in January last year – and I was a little nervous as I approached the first hide. I needn’t have been though, because the place was almost deserted.

Sadly it was also pretty quiet on the bird front, apart from what you might term the usual suspects: gulls, cormorants, coots, moorhens, lapwings, teal, shovelers and shelduck. I didn’t see the avocet, snipe, or fieldfares that were also reported today, though I did see my first redwing flock of the winter, over the boardwalk down to the hides at The Flashes – but they were far too jittery to stay still while their photos were taken. But it was nice to be out in the (very) fresh air, and doing something that I used to take completely for granted, for the first time in twenty two months, felt like another step back towards normality.

From the small number of photos I took I’ve chosen this male teal to mark the day. I’m very fond of teal, which are attractive little ducks with quite a lot of attitude. Where a large number congregate together they can be argumentative, and I’ve seen groups of them get the zoomies, when they give the impression of chasing each other around on the surface of the water, but there were only a couple of dozen at The Flashes today, spread out over quite a large area, and this male and his two accompanying females were concentrating on feeding. These are dabbling ducks and feed by filtering water through their bills, on or just below the surface of shallow water. In the summer they will eat aquatic invertebrates and small snails, but in winter they mostly feed on the seeds of water plants.

The RSPB estimates that there are only around 2,000 breeding pairs of teal in the UK, mainly scattered through the uplands of Scotland and northern England. In winter though, we play host to around a third of the entire European population – about 200,000 birds – and these migrants tend to favour wetlands in the southern half of England. Having arrived during October and November, they will leave to return to their breeding grounds in March.