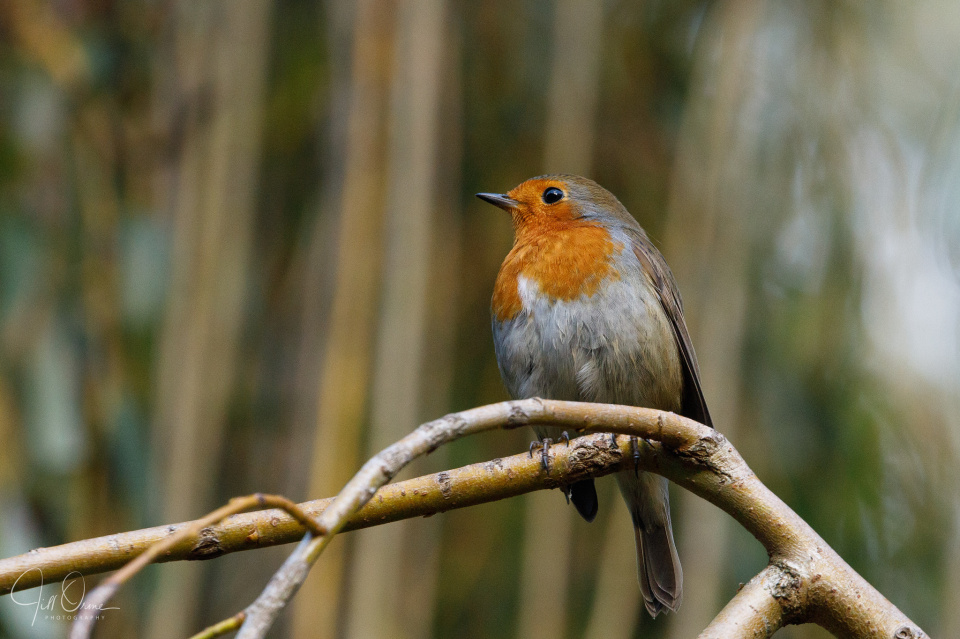 I have a particular dislike of people who say things like, “Oh, this old thing? I’m gad you like it, but really, it’s just the first thing that came to hand when I was getting dressed this morning!”, or, “Oh this? Really? Thank you, but it’s really just a record shot!” And I’m obviously not the only person who hates a humblebrag.

This, however, is a banker, which is a different thing altogether (no, really). I was on my way down the lane towards Lucy’s Mill Bridge in Stratford this afternoon, when the young couple ahead of me disturbed the robin, causing it to change perches. But for that happenstance, I probably wouldn’t even have noticed it. I knew the angle was bad, but I also knew that the light was deteriorating, and there was a chance that I wouldn’t get a shot at the river, so I banged off four frames, checked that one of them was sharp, congratulated myself on banking something ‘just in case’, and walked on.

My favourite bird shots from the river have gone onto Twitter, if you’d care to see them. I was amused and impressed by the heron, and expected to be blipping one of those photos this evening (probably accompanied by a good old moan about that ugly boom, which was installed relatively recently, presumably to protect day trippers sailing hired boats along the river from the consequences of their own lack of judgement). But when I processed my images this evening I was surprised to find that I really rather like this robin with its willowy backdrop, and I haven’t posted a robin for a while, and R loves a robin, and… well, there you go.

I’m glad I banked it.