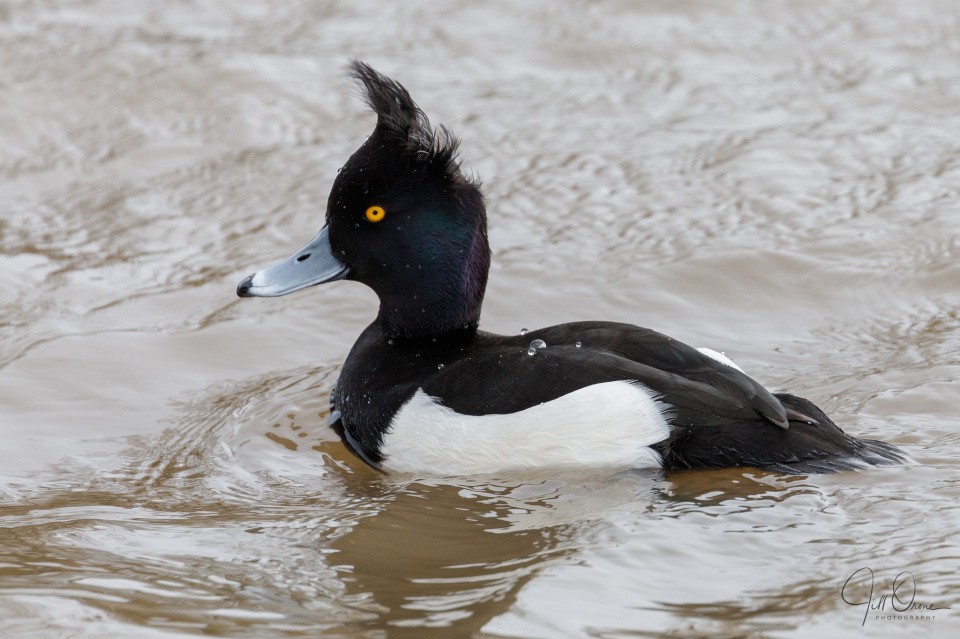 We’re continuing to experience some of the effects of Storm Ciara – though again, nowhere near as badly as some other parts of the country. Here you can see both the surface of the River Avon and the surface of this tufted duck being whipped up by the wind in Stratford this morning. Tufties have an especially stoical demeanour – they almost never make any kind of fuss about anything – but even they looked somewhat baleful at times, and many of the other birds appeared to be descending into hysteria. After being blown all over the park, I felt slightly unhinged myself.

Back at home I spent an unenjoyable afternoon, battling with the new iTunes app and trying unsuccessfully to get it to sync properly with my external devices (have I mentioned how much I loathe the Apple Corporation?). By dinner time the roof of the house was as much in danger of being blown off by my rage as it was from the wind outside.

Happily, this evening’s choir rehearsal in Pershore improved the day considerably: I’ve loved the Brahms Requiem since I first heard it performed in London in my early 20s, and singing it is an absolute delight.