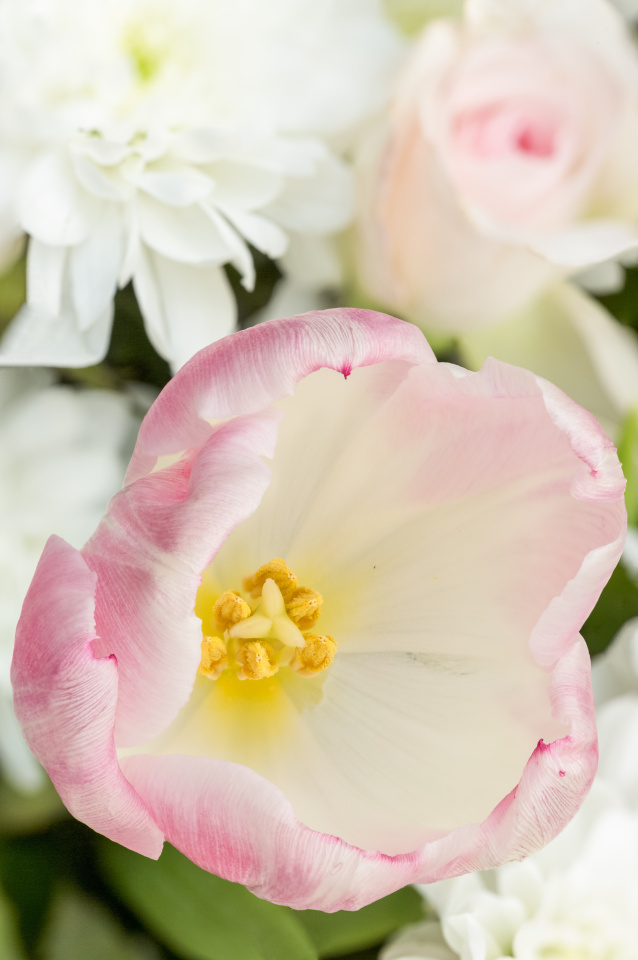 I’ve been up to my neck in stuff today: mainly Bach and Photoshop.

It’s only four days till Campden Festival Chorus are performing the St John Passion – it will be the first time I’ve ever sung Bach in public and I’m very excited about it, but there are still some passages in which I’m not secure, so I’ve been going over and over the alto line in those sections. Tomorrow I’ll mark up my music and run through the whole thing a couple of times, before our penultimate choir-only rehearsal in the evening.

I took some time out of the music this afternoon to work out how to use the new tripod I bought at the end of last month, and then to get a set of shots of a couple of the tulips in last week’s bouquet. After which much Photoshoppery ensued – which is why I’m posting ridiculously late.

Oh, and I also had a discussion with The Animator about transportation of the film set that currently resides in our garage to an exhibition in Bristol at the beginning of May. If we can extract it, it will go (just) in R’s car – but it’s currently hanging from the roof beams via an arrangement of batons and rope which was very nearly impossible for R and me to achieve without significant physical damage either to the set or ourselves, so getting it back down is likely to prove… interesting.

If I’ve piqued your interest, you might be amused to check out the film set here.