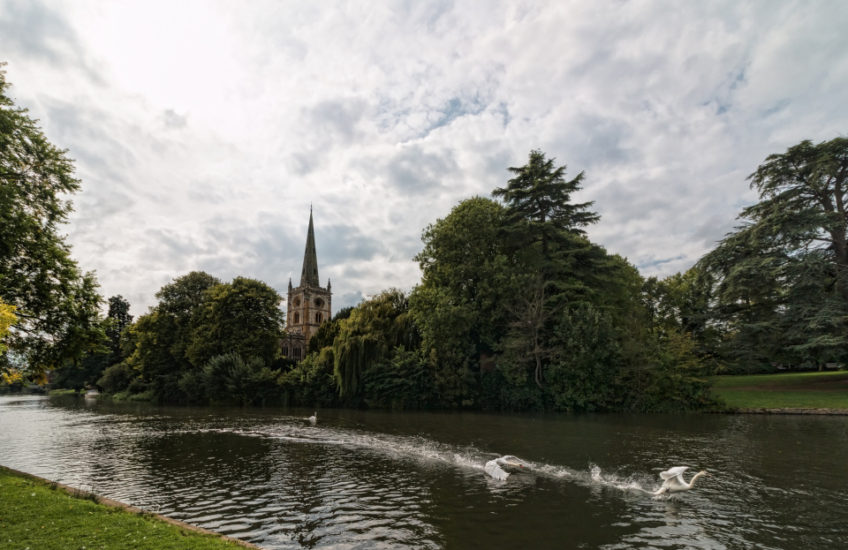 I’m happy to tell you that I had a much better day today than yesterday.

Arthur has been unable to deal with the freezer bag clip owing to a sad lack of opposable thumbs, and the t-shirt is once again preventing him from working on his war wound. Mwahaha.

I didn’t go rummaging in the undergrowth to find out whether the baby sparrow survived the night – but there was no obvious evidence in the garden this morning of it not having done, so let’s hope its parents came and found it, and reminded it how to fly.

I went to Stratford at lunch time with a long list of errands, all of which went smoothly, and as the weather was nice I decided to walk off my coffee and cake by going the long way back to the car, along the southern bank of the Avon. It really was a lovely autumn day, and people were exchanging pleasantries in a most un-English way. I stopped to make friends with several fine dogs, admired some boats, and generally felt very lucky to be living in this time and place.

Then just as I was drawing level with Holy Trinity (the church where Shakespeare is buried), it all suddenly kicked off. A couple of seconds before this moment, the young mute swan with the pale beak had been swimming about quite happily, minding his own business and not bothering anyone. He hadn’t been especially close to the others, but something he did caused the older male to take extreme umbrage, and steam along the river at high speed to sort him out. At this point the younger swan wasn’t moving all that fast, but the older one was – as you can see he was almost running along the surface of the water – and by the time the youngster realised that he was in for it, the big bully was almost on him. There was a lot of flurrying and flapping, and the teenager gathered the remaining shreds of his dignity and left.

I walked on down as far as Lucy’s Mill before crossing back over the river into Old Town where I’d parked the car, and made a mental note to go back on another nice day and explore the river path a little further. It goes right through to Marlcliff, which is 9 miles west of Stratford, but I doubt you’d have to go that far to see some interesting wildlife – even from the Lucy’s Mill footbridge I saw several huge dragonflies.

Speaking of wildlife: the extra is a small moth – maybe 2cm long – which I noticed this morning in the corner of one of the panes of the front door. Because of its position I couldn’t get a better angle than this, but I was quite intrigued by the image – it made me think of a warrior warlord from a science fantasy story, dressed in a big furry cloak. When R saw it, his immediate reaction was “It looks like something out of The Lord of the Rings.” So not just me then! 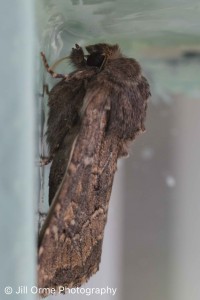