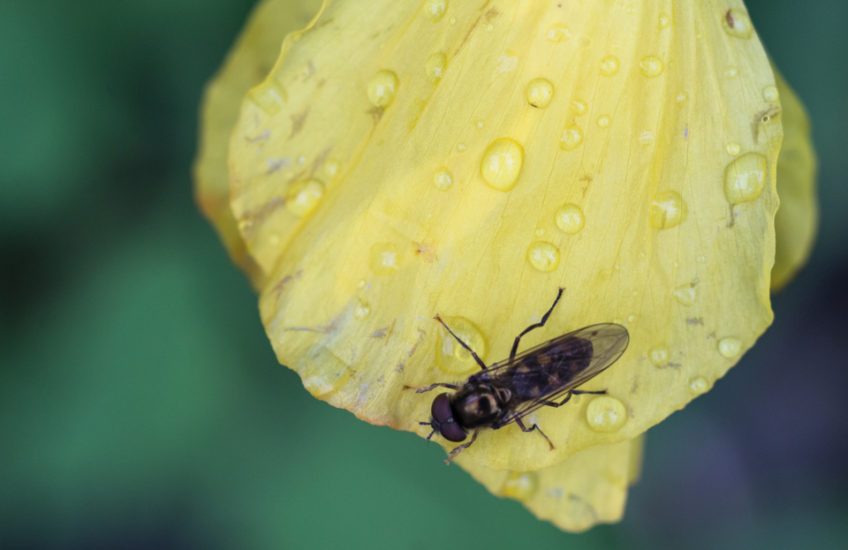 Today was one of those days.

Firstly the weather was quite stormy, and though we set off for our morning walk in a sunny period between showers, the dogs both went on a go-slow and we were right on the far side of the village when the sky began to darken again. I tried to get them to hurry up so we could get back under cover, but they were having none of it – and then when it started to rain Arthur stopped dead and looked at me as though I was inflicting some kind of punishment. I wound up dragging them the last few hundred yards, doubtless looking like some kind of dog-abuser.

I then had to go to Stow-on-the-Wold – always quite an irritating trip – and when I arrived home I discovered that Arthur had worked out how to get his nose inside the neck of the t-shirt, and appeared to have spent the whole two hours I was away improving the state of his wound. At this point I began to feel as though my brain was unravelling. I was on my way to the garage to fetch in a dog crate and a Cone of Shame when I suddenly had another idea: I turned around the t-shirt so that in effect he was wearing it backwards, and gathered up the slack material into a freezer bag clip at the back of his neck. It can’t be particularly comfortable for him, but thus far he hasn’t worked out what to do about it, and the neckline is too tight for him to get his nose into it.

If this solution carries on outfoxing him I just need to buy a second t-shirt tomorrow so that I can wash the one he’s currently wearing (which didn’t benefit from his activities this afternoon). If it doesn’t, he’ll have to go back to the vet. I love dogs – in fact most people close to me know that there are days when I probably prefer them to humans – but sometimes I wonder why I inflict their remarkable stupidity on myself.

Anyway, having sorted out the mess that Arthur had got himself into, I popped out into the garden looking for a Tiny Tuesday photo. After a few minutes I spotted this little hoverfly on an Icelandic poppy – all I can tell you is that it’s a male, though I think the image is clear enough that someone with better knowledge than I have might be able to identify the species. While I was lining up my shot the rain started again, and just after I took this he popped over the edge of the petal to shelter inside the flower.

I took a few more photos and then went back into the kitchen – just in time to see Roley chase a small something under the range cooker, and start trying to follow it.

There comes a point in any difficult day when I stop thinking “Why is this happening??!!” and start thinking “Of course this is happening – why wouldn’t it?” – and this was that point. I put down the camera, picked up the terrier by the scruff of his neck, put him out in the back hall and shut the door on him. By this time Arthur was off the family room sofa and moving into hunting mode, so I grabbed him with one hand and a dog treat with the other, and persuaded him that a treat in the paw was worth two small somethings under the cooker – but insisted that he could only have the treat out in the hall. Getting Arthur and the treat out without letting Roley back into the kitchen required some fancy footwork, but it was achieved without actual violence, though the odd harsh thing might possibly have been said.

Once I was alone in the kitchen with the something I had to psych myself up to get down on my hands and knees and look under the cooker to find out what it was. I comforted myself that if it turned out to be a rat, I had a broom in my hand and a terrier and a hound singing the song of their people just a few feet away.

It wasn’t a rat. It was a newly-fledged house sparrow.

I pointed out to it that its name didn’t give it a licence to live actually in the house, but it wasn’t keen to leave – I got it out from under the cooker pretty easily, but it then ran across the kitchen floor and tried to hide in a space at the side of the sink where we keep trays and suchlike. More persuasion got it out onto the patio, where it took refuge under the barbecue. I hardened my heart, shut the door on it and let the screaming dogs back into the kitchen; then made myself a cup of tea and had a bit of a sit-down.

When I next looked out of the kitchen window the little sparrow was sitting smack in the middle of the lawn – it couldn’t have looked more vulnerable if it had been carrying a tiny placard saying “Please predate me”. I couldn’t just leave it there for the magpies and jackdaws to fight over, so I went out and shooed it into the undergrowth of a flower bed where we have a stand of small bird feeders. This was the only place I could think of where it might have a slender chance of survival – it was hidden from immediate view and sheltered from the rain; if it was hungry there’s always spilled bird food on the soil in that bed; and the feeders are used by adult sparrows, so there was a possibility that its parents might find it and coax it into flying somewhere safer. I really don’t expect it to survive the night, but I persuaded myself that I’d done all I sensibly could for it.

After dinner and a second, dryer, dog walk, I spent the evening working on some stitched panoramas. I got so wound up in what I was doing that I lost track of time, and it was pretty late when I remembered that I hadn’t actually processed today’s shots, or posted a blip. Which is why this is going up so late.