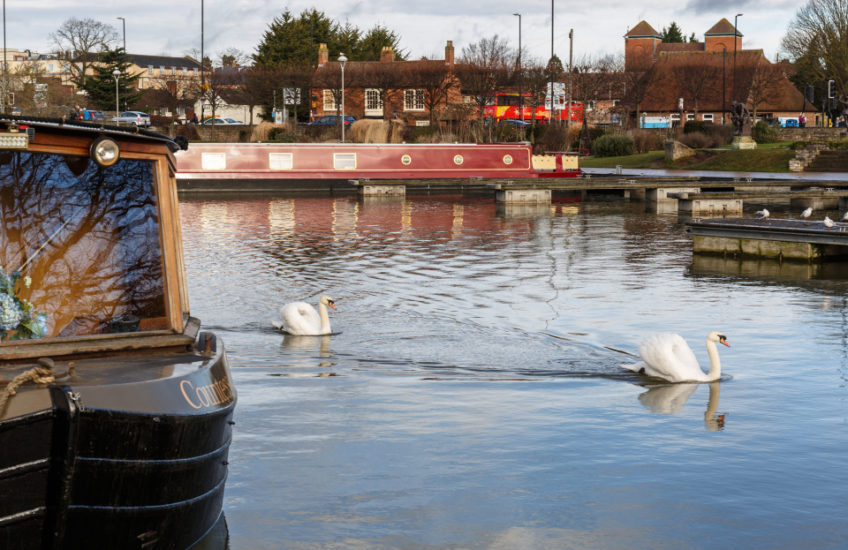 I’m pretty sure this is the same pair of swans I photographed on Tuesday. They were still swimming around the Bancroft Basin this morning, but seemed pretty agitated and clearly wanted to be out on the river – my extra shows them patrolling the lock gate in the hope that someone would open it. My first thought was Why don’t you just fly? – but then I realised that it’s quite possible the Basin isn’t long enough for them to get up the speed to take off. The good news is that the Countess of Evesham runs two dining cruises along the river on Saturdays, so the gate would have been opened about an hour after I took these photos. 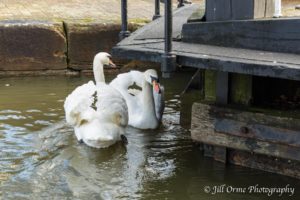 The only news story today, and the thing that has been most on my mind, is that Trump has signed an executive order barring citizens of seven Muslim-majority countries from entering the US for at least the next 90 days – and it has taken immediate effect, with travellers being detained at airports. I’m certain that most citizens of the USA must be appalled by this – not least because unless they have Native American ancestry they are all immigrants or descendants of immigrants – and given the shameful way the current government of this country has behaved towards immigrants I certainly don’t feel we’re standing on any kind of moral high ground. But the human cost of this man’s actions makes me sick to my soul. You can read about it in The New York Times, The Washington Post, The Huffington Post and on CNN; I’m sure the outward-looking members of this community won’t be following the example of many of those who elected Trump, who are apparently managing, by avoiding all news outlets and humming loudly with their fingers in their ears, to convince themselves that he’s had a highly successful first week in office.

I’m so very distressed and angry that I make no apology for leaving you with this joke, currently doing the rounds of Twitter:

Donald Trump and Nigel Farage are both drowning, and you only have time to save one of them. What kind of sandwich would you make?