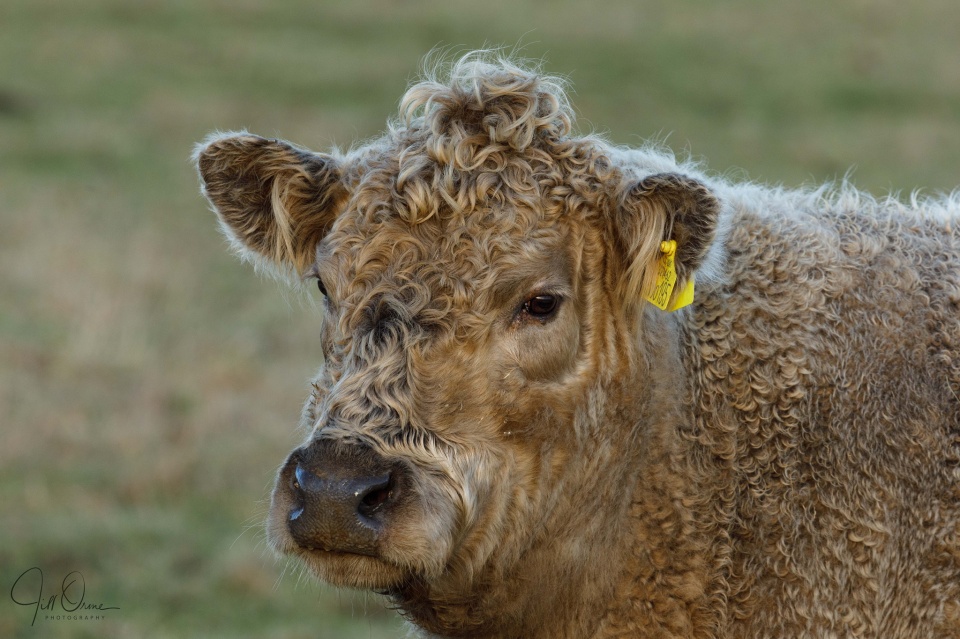 Perhaps I liked her so much because we were essentially wearing the same hairstyle – though hers was tidier. Mine had been dragged every which way by the vicious wind howling across the top of the Cotswolds scarp, and by this stage was more Worzel Gummidge than Shirley Temple. She was, by the way, absolutely quadrilateral, so the next time you find yourself snickering patronisingly in front of one of those “naïve” C18th depictions of oblong cows, think on: sometimes they genuinely are that shape.

Today was a day when I should have checked the wind forecast, rather than simply looking at the weather highlights. As soon as I got out of the car at the owl field I began to get a Bad Feeling, which over the next hour was compounded by incipient hypothermia. Apparently one owl did make a flight while I was there, though I didn’t see it; I did see the kerfuffle after a kestrel had stolen the owl’s vole, only to be chased off the field by a raven, but by then the owl, discouraged, had retired to its tussock. Shortly afterwards I decided to do the same thing. 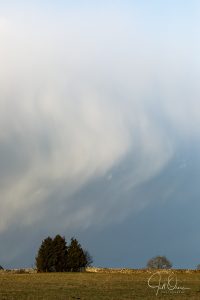 Had I had a wide-angle lens with me, I might have got some dramatic shots of a cloud forming – ideally one would have wanted to put it on a heavily weighted-down tripod, and done a time-lapse. Having only a large lens, I did the best I could, and I’ve added the photo as today’s extra. Out of the top of the shot is what had started out as quite a small and fluffy cloud, but as it travelled towards me it gave the appearance of sucking up moisture from the surface of the farm land and applying the mist to itself, so that you could actually see it growing and changing. I was struggling to stand, let alone hold the camera still, but I still enjoyed watching this unusual sight; it would have been even better if I’d had someone with a basic grasp of meteorology alongside me, to explain what was actually happening.