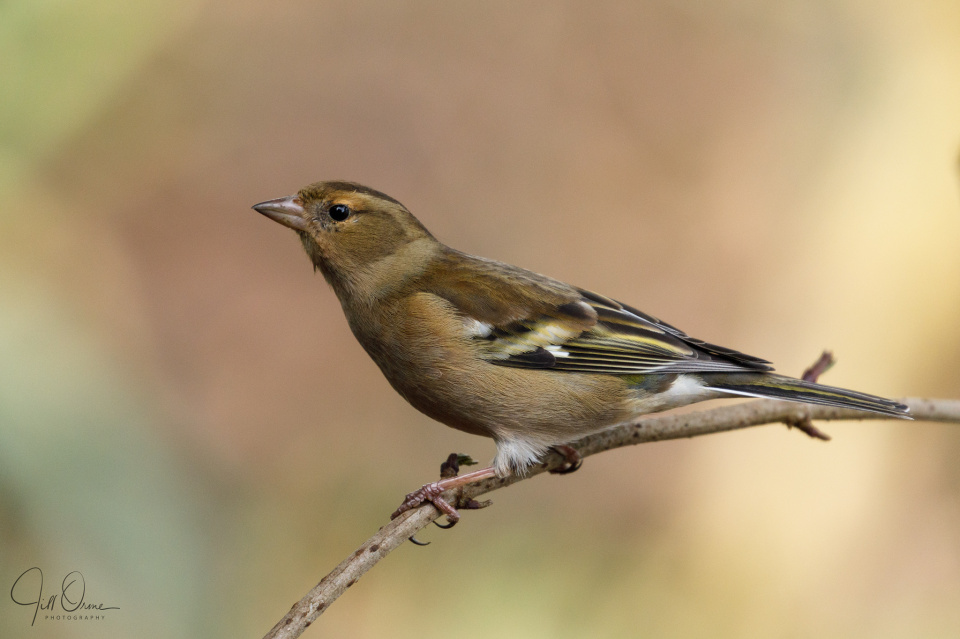 I had a busy day, mostly involving things I’d rather not have been doing, but I managed to pop into Hillers at lunch time to see what birds were about. Sadly, there was an unusual level of noise in the area – a shoot was going on nearby, and someone was building something on the other side of the site that involved quite a lot of electric sawing – and the birds were unsettled, and not very inclined to feed.

Overall I wasn’t thrilled with my photographic “bag”, but I did manage a passable shot of a coal tit (have I mentioned that they’re tricky?), and I was genuinely pleased with this capture of a female chaffinch, who was listening to the sound of people approaching through the garden, and poised to take flight if they came too close. I’ve posted chaffinches a couple of times lately, but I think it will be a while before I get a better-focused portrait of one than this, which is why it’s my photo of the day. I can’t pretend that I wasn’t tempted to take her into Photoshop and clean up her bill, but that would be the top of a slippery slope which might end with a stuffed anteater.