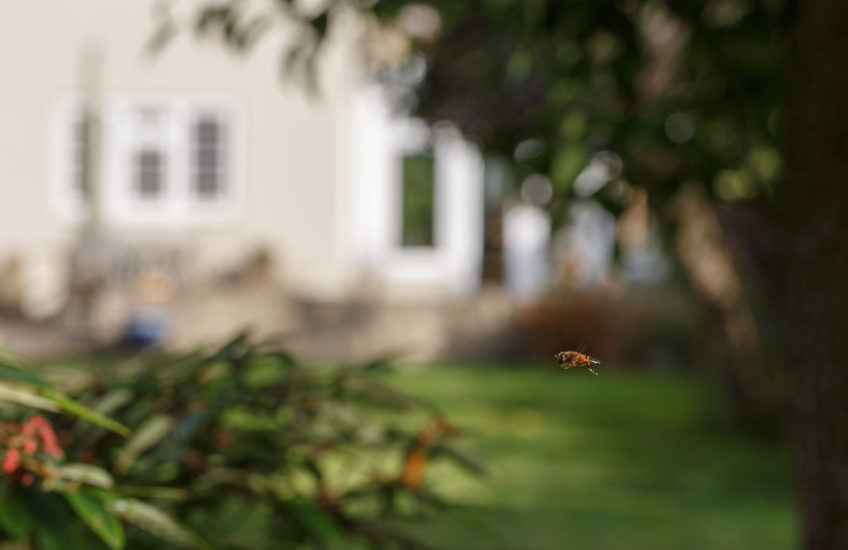 I managed to get two of the urgent items off my To-Do list today: to the relief of R, myself and most probably you too, I finally ordered a new sofa (earning squillions of AirMiles or whatever they’re now called in the process – I think it’s time for a holiday!); and I created a Facebook page for Chipping Campden Festival Chorus. This doesn’t sound like much, I know, but it somehow managed to occupy most of the available time between breakfast and going out to choir practice this evening.

I did manage a brisk photo walk around the garden late this afternoon (averting my eyes from the swathes of sow thistle and rosebay willowherb which have virtually taken the place over in the past few weeks), and was amused to be stalked by a series of drone flies. They’re quite inquisitive, and will hover right in front of you at about head height, but if you stare directly at them or point a camera in their direction they tend to take rapid evasive action, swerving around so as not to present a good target. One of them even worked out that the very best place to hover so that it could look at me but not be looked at in return was directly above my head. I think I captured a reasonable shot of this one (which I believe to be Eristalis pertinax) because it was concentrating on something else at the time, and thus hovering in one place.