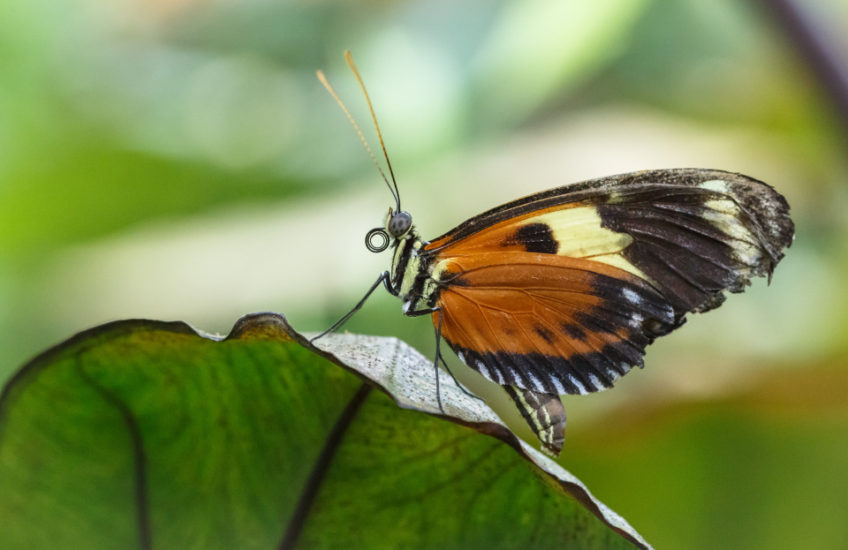 At least, I think that’s what it is: there are several species of longwing butterfly which look very similar.

I had lots of urgent things to do today, and I couldn’t quite decide which to tackle first… so I left them all sitting on my desk and went off to Stratford Butterfly Farm instead. When I arrived everything was pretty quiet in the flight room, but after about half a frustrating hour the air suddenly filled with butterflies and I didn’t know where best to point the camera. I’m not sure that this is my best shot of the day, but I do especially like the curled proboscis.

They have other creatures living at the Farm; quail, parakeets and and mousebirds in the flight room, along with some of the biggest koi I’ve ever seen in a large pond, and a few snakes and humongous spiders in vivaria in a separate room. There are also a couple of iguanas in the flight room, which normally hang about up on ledges above human head height – there are notices around the place suggesting that you look up to see if you can spot them. Fortunately I was looking down rather than up when I walked round a corner and discovered the chap in my extra (who’s at least seven feet long) sitting in the middle of the path. The colours are true by the way – he really does look as though he’s wearing stage make-up. 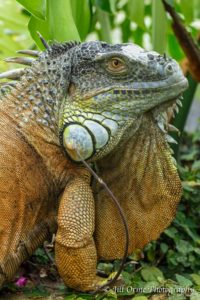