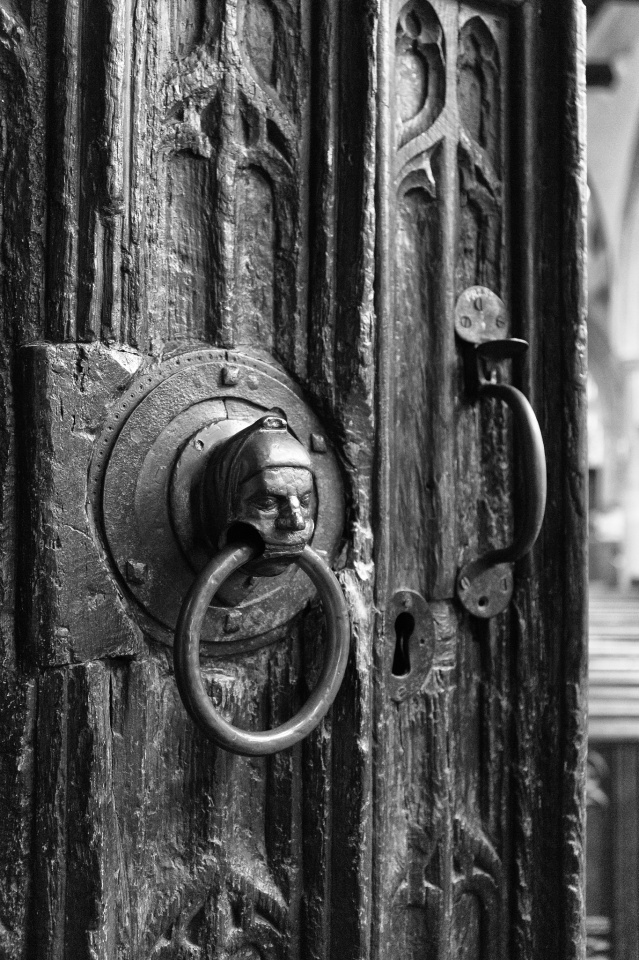 This is the Sanctuary Knocker on the north door of Holy Trinity Church in Stratford. Under mediaeval Common Law, anyone accused of a serious secular offence – though not something such as heresy or witchcraft – could gain legal sanctuary in a church for up to 37 days if they could reach the door and touch the knocker before being arrested.

During the period of sanctuary the fugitive was fed and clothed at the church’s expense, and in return was expected to be obedient and contrite, confessing their sins. Anyone who breached the sanctuary, to attack or arrest the fugitive, could be excommunicated or even put to death. At the end of the sanctuary period the fugitive would have to decide whether to leave the church and stand trial, or to plead guilty and ‘abjure the realm’ – that is, to go into voluntary banishment. If they chose abjuration they would have to swear to leave the country directly and promptly, and not to return except by permission of the sovereign:

“I swear on the Holy Book that I will leave the realm of England and never return without the express permission of my Lord the King or his heirs. I will hasten by the direct road to the port allotted to me and not leave the King’s highway under pain of arrest or execution. I will not stay at one place more than one night and will seek diligently for a passage across the sea as soon as I arrive, delaying only one tide if possible. If I cannot secure such passage, I will walk into the sea up to my knees every day as a token of my desire to cross. And if I fail in all this, then peril shall be my lot.”

The Common Law right of sanctuary was removed by Act of Parliament in the early C17th.