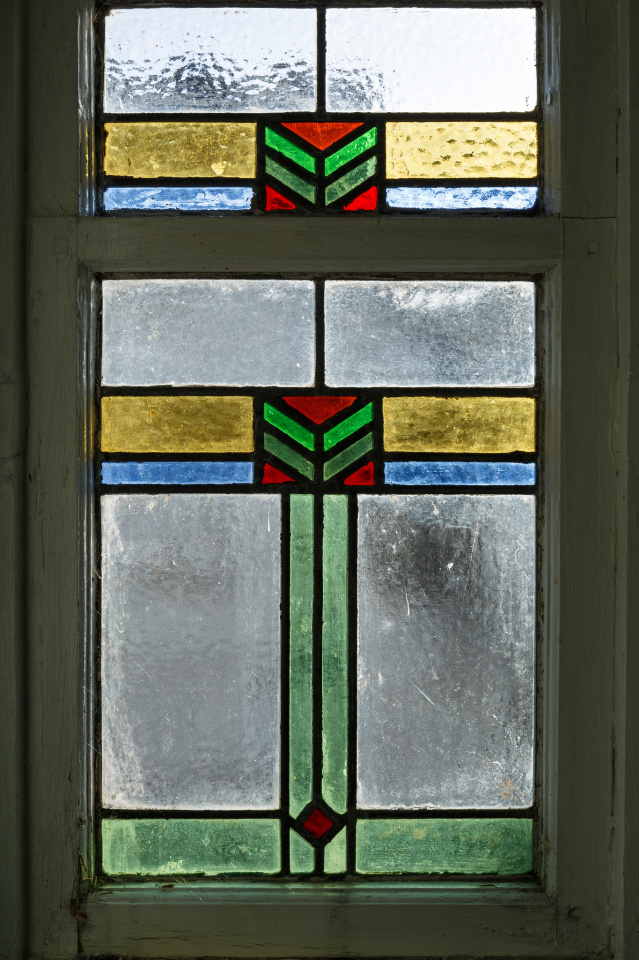 R and I went down to Cardiff to have lunch with Child One, L, and her partner G – partly because it’s a while since we’ve seen them, and we wanted to hear all about L’s recent trip to India, and partly because L needed us to collect “a few bits and pieces” from her house. They’ve recently amalgamated their households into G’s slightly larger house, and L’s is about to be let out (Things the Offspring have now done which their parents haven’t, number 24: Becoming someone’s landlord); and having foist onto G all the personal property his house can possibly accommodate, she now needs to palm the rest of it off onto us.

After lunch we all went round to L’s, only for her to realise that she’d forgotten to bring the keys; so she and G went off to fetch these, and R and I took a walk down to the River Taff, just beyond the end of her road. On the further side of the river there is a large park, but we had only ambled a short way along the path on the nearer side (which as you can see is favoured by walkers and cyclists) when a sudden downpour swept across us. Luckily we were able to shelter under the dense tree cover, and by the time L phoned to say that they were back at the house the rain had stopped. 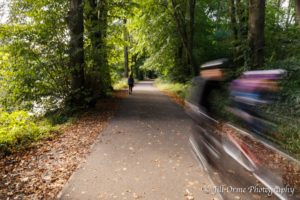 It was fortunate that we had gone down in R’s car and not mine, because the “few things” we were being asked to remove turned out to amount to a complete SUV load – in fact we declared the car full at least twice, but then by judicious rearrangement managed to cram some more things in – and by the time the final pan was stowed in the passenger well by my feet, the little house was empty. It felt rather strange, because it’s only two and a half years since she bought it and I have very strong memories of the day we helped her to move in, but I’m happy that she’s keeping the property and using it to generate an income, rather than selling it.

The main image is of a tiny stained-glass window in the kitchen, which has always intrigued me because it’s the only decorated glass in the house, which is a tiny two-up-two-down mid-terrace artisan’s cottage dating to the mid-Victorian era. At first glance one would assume that the kitchen extension is relatively modern, but the presence of this Art Deco window suggests that the upgrading process probably began in the 1930s or 40s.

The second extra depicts a romantic moment at Gloucester Services, where R and I stopped for a coffee on the way home. I’d been keeping an eye on the light as we drove north, and when he suggested a stop I was quite excited at the thought of catching the sun setting over the “hill” of its grass roof; in the event it had dropped slightly too far, but I just about caught it through the back windows, and the halo over the roof is quite nice. Their coffee is also worth stopping for. 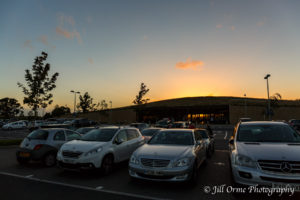 Driving on again we found ourselves listening to Claudia Winkleman’s show on Radio 2. On television she irritates me to the point of wanting to reach through the screen and throttle her, but on radio she’s far more relaxed and likeable – and given her age, which is almost a generation younger than R’s and mine, her choice of music is very surprising: R described it as “Claudia plays highlights from her parents’ record collection”. In other words, it was quite a lot like listening to my iPod. The earliest thing we heard her play was a Doris Day number from the 1960s, and the latest probably an Elvis Costello track; but the bulk of the playlist was good stuff from the 1970s – including this track (very appropriate to the day), which had me hooting with glee and reaching for the volume knob as soon as I heard the opening riff. Claudia Winkleman a hero – who would have expected that?!