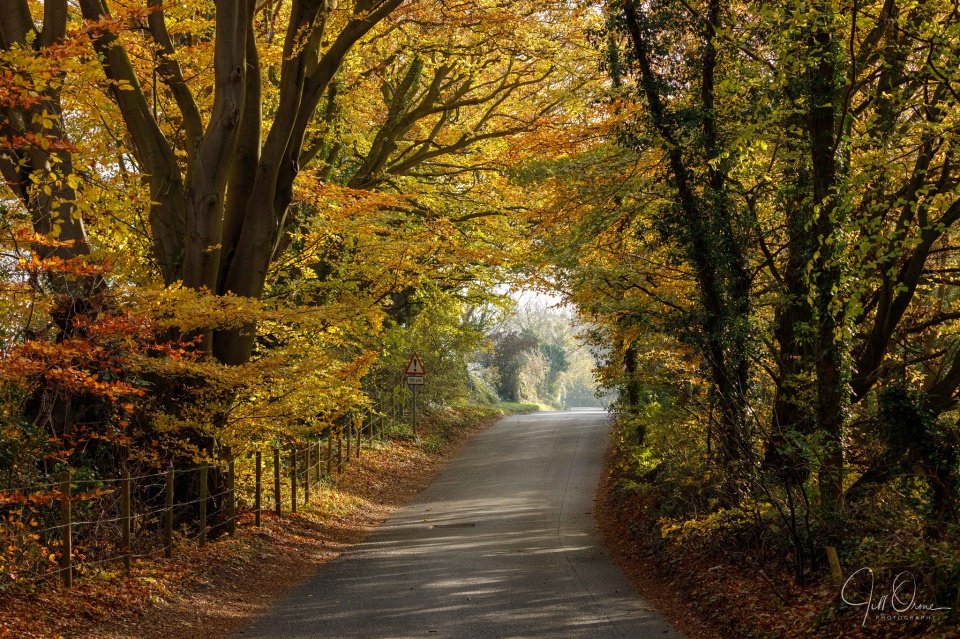 I was zooming up Saintbury Hill this afternoon when this view appeared as I rounded a bend, and I just couldn’t resist it. It’s a fairly horrid piece of road, but for once there was no other vehicle in view, so I slammed on the brakes, jumped out of the car and grabbed the shot. A glance at the back of the camera said that all was well, so I slid back into the car, did a hill start, caught sight of a different view at the side of me, braked, jumped out again, realised another car was now approaching, took the shot anyway, threw myself back in the car (landing heavily on my phone), and zoomed off up the hill again. All of which got the blood pumping nicely.

By the time I reached the owl field this lovely light had gone, and it got murkier and murkier for the rest of the afternoon, but I still had an excellent time. There was at least one hen harrier out, and quite possibly two. I hadn’t been there for more than a few minutes when one flew over the lane, and was then chased, first by a red kite and then by some crows; it was seen heading northwards, and no-one saw it come back, so it seems likely that the one that flew up out of the field twenty minutes later, and which I’ve shown in my first extra, was a second female bird. 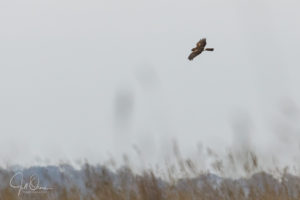 Late in the afternoon a couple of short-eared owls went up, and gave us a nice show for half an hour or so. One of the best moments – for me if not for the bird – was when one of them flushed the same hen harrier from its roost, and chased it across the field – as they hunt the same prey it’s not surprising that they get across each other, but the harrier is quite a large bird, and I was surprised that it gave way to the owl. My second extra was one of the last photos I took today, in heavy dusk and with a low shutter speed and the ISO at 8000 – it’s so grainy that it’s almost impressionistic, but I still really like it. 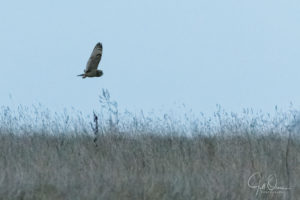